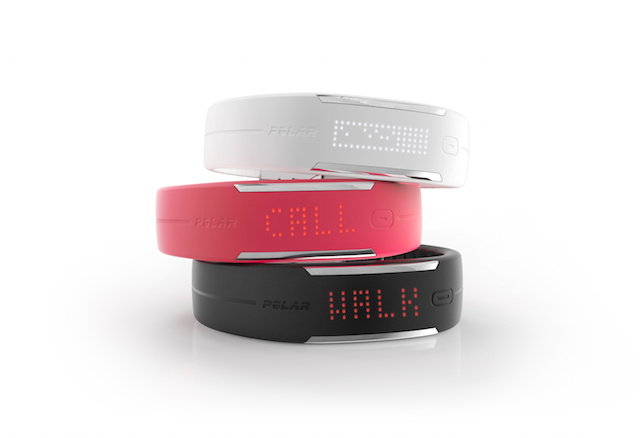 From the makers of Polar Loop comes the all new ‘Polar Loop 2’ activity tracker with vibration alerts, smart notifications, new colours and a soft, customizable band for the perfect fit. In addition to vibrating for incoming calls, messages and calendar alerts, the Polar Loop 2 can also be paired with the Polar H7 Bluetooth Smart heart rate sensor for live, accurate heart rate.

“In developing the Polar Loop 2 we held on to the well-liked features such as design, waterproofness and support for heart rate-based training,” says Tarja Määttä, Segment Manager at Polar.

“We carefully listened to our customers, and many of the improvements are based on their feedback, including added vibration alerts for a gentle wake-up and inactivity alerts. Smart notifications have been well received in other Polar wearables, and now they will keep the Loop 2 users in the know as well. In addition to all this, we have introduced the desirable color options Sorbet Pink and the unique and trendy Powder White. The soft materials guarantee the bracelet is perfect to be worn day and night.”

The Loop 2 detects daily activity, and separates it into five intensity levels: resting, sitting, low, medium and high. It also measures steps, distance, calories and sleep with highly accurate and individualized algorithms based on thorough research conducted by Polar.

Users enter information such as age, gender and weight and choice of activity level in the Polar Flow service, and then will be presented with an individual daily activity goal ensuring the most accurate activity tracking. Daily activity and training details can be synced to the Polar Flow iOS app via Bluetooth for an overview of activity status.

Polar Loop 2 is now available in retail stores and online in the United States and Canada for $119.95

Music streaming giant Spotify's shares surged as much as 10% today after the company reported Q4 earnings that beat analysts’ revenue estimates with strong user growth. According to CNBC News, Spotify reported 489 million monthly active users for the quarter, up 20% year over year. There were 33 million net additions to monthly active users...
Usman Qureshi
44 mins ago

1Password developers have just shared a preview of all the new features and improvements coming in their next major update, especially for iOS users. Reorder fields and sections inside items One of the biggest improvements in the forthcoming 1Password 8 update will be the ability to reorder fields and sections within items. "Just edit the item,...
Usman Qureshi
58 mins ago