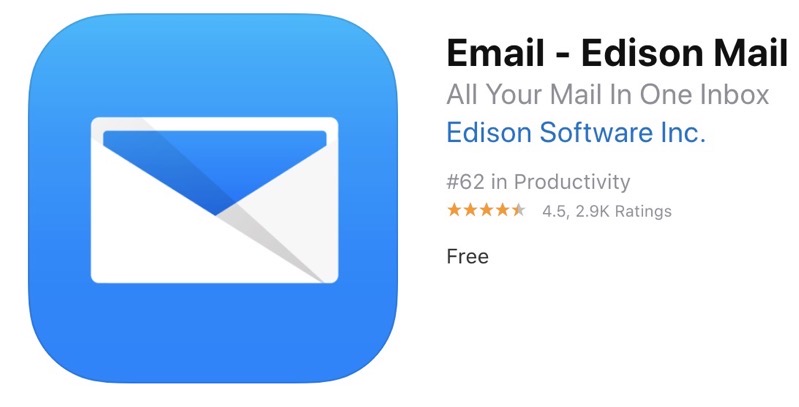 According to a new report from Motherboard, free email apps have been selling your inbox data, including iOS and Android app, Edison:

The popular Edison email app, which is in the top 100 productivity apps on the Apple app store, scrapes users’ email inboxes and sells products based off that information to clients in the finance, travel, and e-Commerce sectors. The contents of Edison users’ inboxes are of particular interest to companies who can buy the data to make better investment decisions, according to a J.P. Morgan document obtained by Motherboard.

As for Edison, is currently ranked #62 in the Productivity category the Canadian App Store. Back in December, Edison launched a Mac version of its email app.

We take very seriously our responsibility to maintain the privacy of your personal information. As permitted, we make certain information and research available to our subscribers, service providers, partners, and other third parties.

Users can opt-out of data sharing for ‘Edison Trends Research’, but the feature is on by default.

Back in 2018, the Wall Street Journal reported on third-party email apps for Gmail that could scan your inbox data, and at the time, Edison was mentioned for letting employees scan users’ inboxes to help develop the app’s ‘Smart Replies’ feature.

If you’re looking for an encrypted and private email service, ProtonMail is one to consider as it has free and paid options.