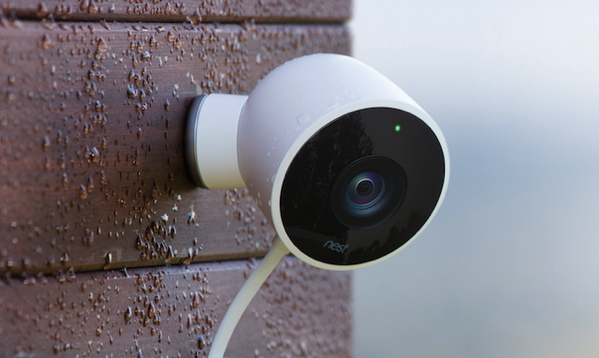 Google-owned Nest has today announced the launch of an all-weather Nest Cam Outdoor security camera, that lets you monitor your home 24/7 in full 1080p HD video, with advanced Night Vision and intelligent alerts powered by Nest Aware. According to VentureBeat, the new camera offers the same features you get with the Nest Cam Indoor, but is weatherproof, comes with a 25-foot cable and not only records audio, but features two-way talk.

Product manager Mehul Nariyawala explained that the latest news was part of the journey to building the best possible security camera. He said that when Nest began building its wired Nest Cam, the market was inundated by battery-powered do-it-yourself devices. But the problem was that the motion light on these cameras only worked when you went in front of it and shook or danced. “How can you call it a security camera if it’s off all the time?” Nariyawala asked. Another concern was how to have its camera record both video and audio.

The Nest Cam Indoor comes in black, but the outdoor version is being offered in white only. Nest says that this was done intentionally in order to create an aesthetically beautiful camera that blends in with the exterior of a home. The company claims that installation is easy, as with any of its other products. The camera comes with a dual-magnetic plate and cable clips to tether the power cable to the camera.

Pre-Orders for Nest Cam Outdoor start today, with the device officially going on sale later this fall. It’s priced at $249 for a single unit and will be available in the U.S. and Canada, both on Nest’s website and at Best Buy.