With the new 21.5″ and 27″ 2012 iMacs now available in Canada and the US, Primate Labs have just published the Geekbench scores for the 21.5″ version. The very first unboxing and teardown video of the 21.5″ iMac has already hit the web. 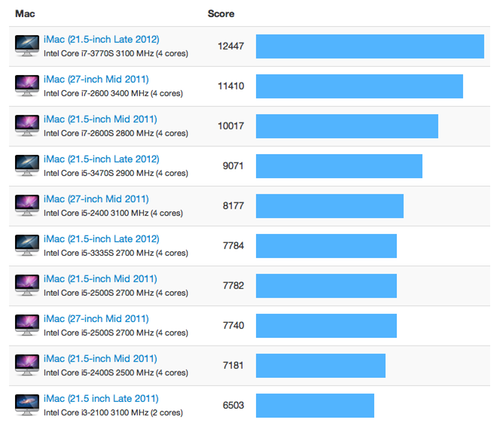 The new 2012 iMacs feature a super slim chassis but with powerful now Intel Ivy Bridge processors. In order to find out how these new processors perform compared to the Sandy Bridge processors found in the previous-generation iMac, and how the new iMac performs compared to Apple’s other desktop computers, Primate Labs have charted Geekbench results gathered from the Geekbench Browser for the following Macs:

The benefits of the new Ivy Bridge processors are clear; the new high-end 21.5-inch iMac is almost 10% faster than the old high-end 27-inch iMac. The new mid-range and low-end iMacs show similar improvements as well.

The new 21.5-inch iMac isn’t a bad upgrade (at least from a performance perspective). Intel’s Ivy Bridge processors give the new iMac a nice boost over the previous-generation iMac, and help make it competitive with all but the high-end Mac Pro. 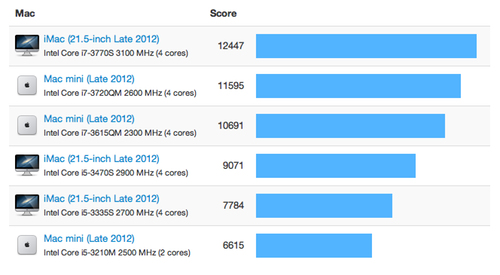 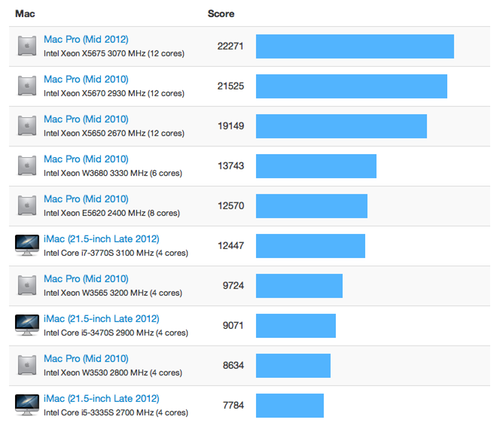