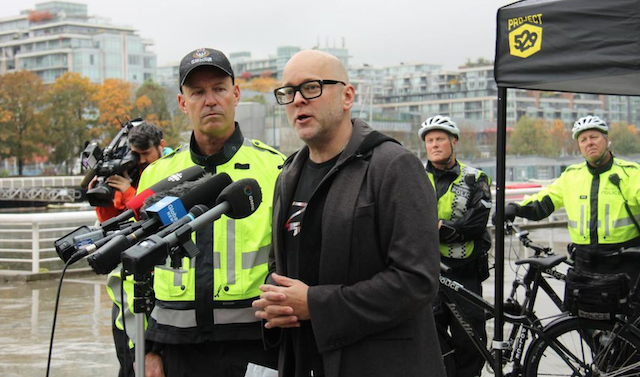 According to The Star, registrations on the Project 529 app have surpassed 70,000 in Vancouver, resulting in a 30% drop in bike theft over the past three years. The app, that brings bicycle shops, community groups and cyclists together to register, recover, and report bikes, has allowed the Vancouver police to recover stolen bikes from as far away as San Francisco.

“Vancouver is recognized as a world leader in targeting bike crime,” said William Moose, a consultant for the World Bank which is looking to invest in the app to improve bike security in developing countries. The World Bank hopes to use the project to combat bike theft in Bogota, Columbia, which is home to two million cyclists.

Project 529 has expanded to 35 municipalities and more than 100 bike shops throughout the province, according to a release. Bike thefts have also plunged 55 percent in Whistler and 30 percent in Richmond in the last year.

Prior to the launch, police struggled to recover and return stolen bikes. An estimated 85 percent ended up at auction, according to Deputy Chief Howard Chow at an announcement Monday morning.

“Three years ago, there was no viable solution for police,” Chow said. “(There was) no lawful authority to hold and seize.”

Project 529 and the Vancouver police are now encouraging all cyclists to register their bikes as they kick off the province’s Fall Bike to Work Week.