New App Helps Decrease Bike Theft in Vancouver by 30%, May Launch in Toronto

Vancouver used to be the worst city in Canada to get your bike stolen. A bike registration app, called Project 529 Garage is taking Vancouver by storm and has now spread to 26 communities across British Columbia, helping decrease bike theft across the province.

The app was created by an avid cyclist, J. Allard, who is a former Microsoft executive and Xbox developer. Allard came up with the idea for the app after his own bike was stolen when he was living in Seattle.

Const. Rob Brunt, with the Vancouver police, was also tired of the bike theft in his city and was searching for a way to solve it using a digital registration system. Brunt came across Project 529 Garage, an online database system for cyclists that is powered by its users.

On the app, you enter your bike’s information, such as make, model, year, cost, and serial number. Users can also upload photos of your bike. If your bike is stolen you can report it to the entire community on Project 529. 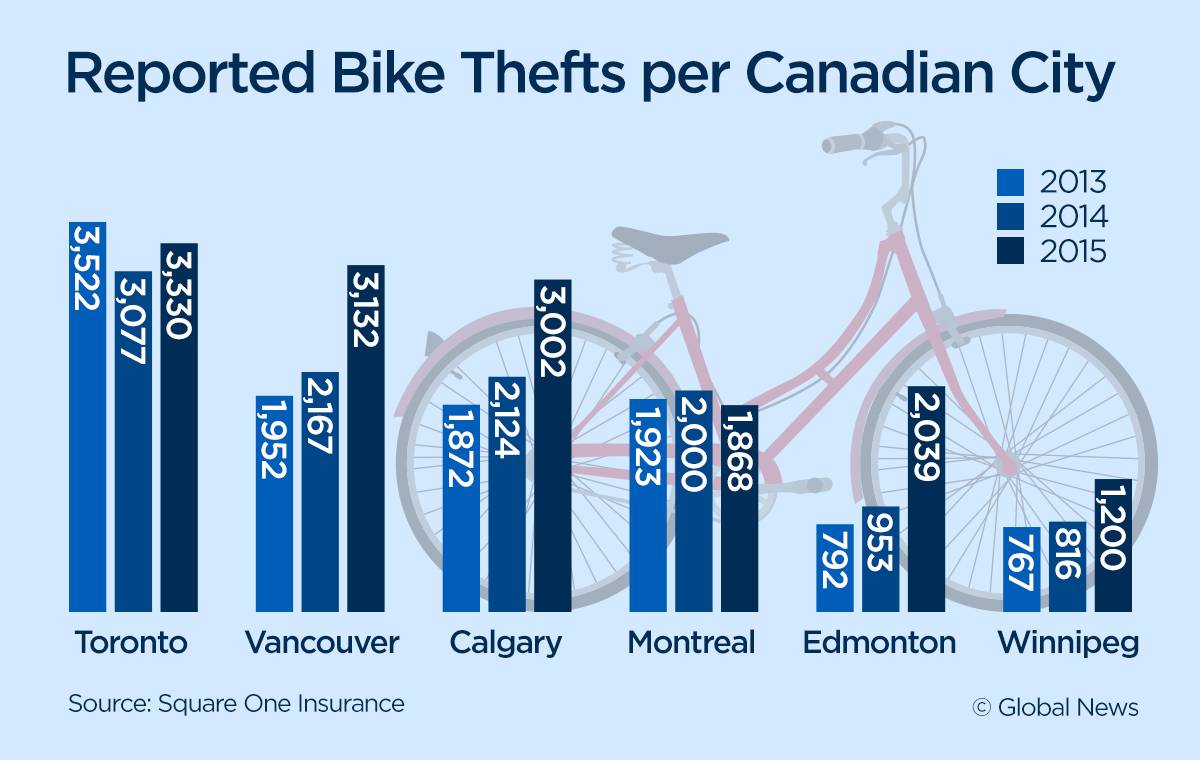 In a statement, Brunt said:

“I came running back to Vancouver with the idea. Then in October 2015, we launched the app. We had a goal to register 10,000 bikes in three years. I thought that was brave and we would not come close.”

There are now over 20,000 people who have registered their bikes in Vancouver using Project 529, and ten of thousands more across the province. Since the app launched in Vancouver, bike thefts have decreased by 30 percent.

Although bike theft is rampant across Canada, Vancouver is still the worst city to get your ride stolen, according to a study by Square One Insurance. The insurer gathered numbers from police department theft reports in Toronto, Vancouver, Calgary, Edmonton, Winnipeg and Montreal. While Toronto had the highest count of bike thefts as a population, their rate of bikes stolen is far lower compared to Vancouver’s.

Jared Kolb, executive director of Cycle Toronto, said he hopes Toronto will adopt the anti-theft initiative. In a statement, he said:

“Bike theft is a serious issue in Toronto and it’s not adequately addressed. Our bike registration system still functions, but it’s out of date. It does not have the elements that 529 Garage has added.”

He said he’s been in touch with the city and local police to help pilot Project 529 in Toronto.However, there is no official decision yet on whether it will be actually implemented.

Brunt said other cities, like Toronto, Calgary, Edmonton and Winnipeg have contacted him about the project, but the problem is the cost. A lot of these cities are starting to realize that the benefit of the initiative outweighs the costs.

TikTok has revealed its 2022 year in review, highlighting the latest trends, creators, movements and moments that made this year one to remember in Canada and around the world. According to the social network, it says the “TikTok community elevated and celebrated creative expression in new ways–discovering, creating and sharing content that captured our collective imagination.” […]
Gary Ng
28 mins ago