Sony has provided a comprehensive breakdown of the PS5 hardware in a new video published on the PlayStation Blog. 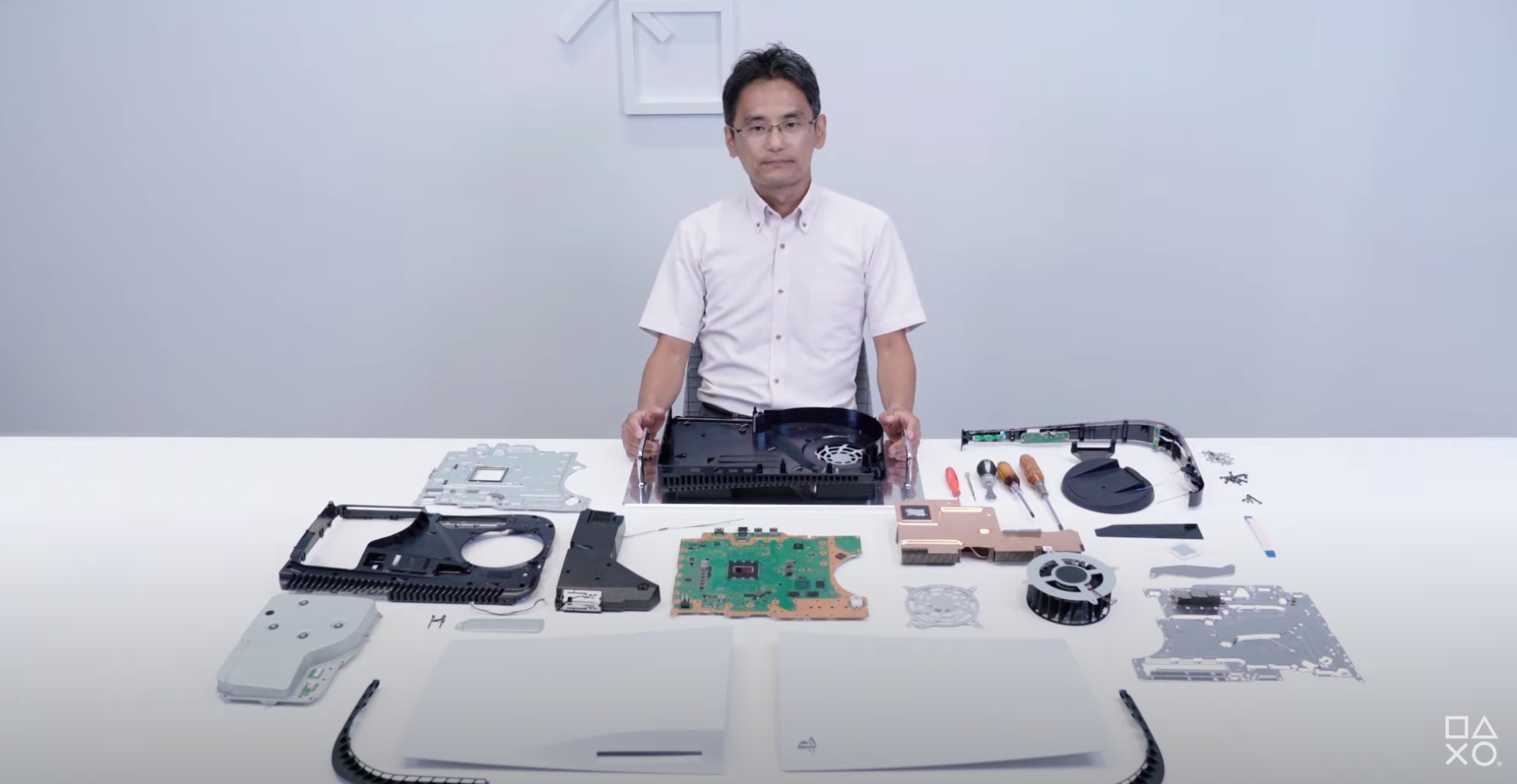 On the front there’s a USB Type-A and a USB Type-C, while on the back there’s two USB Type-A, Ethernet, HDMI, and a power port. It’s also interesting to see how the stand is held in place with a single screw, but only in vertical mode, and how easy it is to switch from a vertical to horizontal orientation.

There’s a large 120mm fan that draws in air from both sides, and a heatsink whose shape and airflow reportedly deliver the kind of cooling one would expect from a vapor chamber. It even uses liquid metal as the thermal interface material on the AMD-made, eight-core CPU to ensure “long-term” cooling performance.

It’s also apparent that users won’t have much trouble adding another SSD. Both of the curvy white panels come off easily, exposing a conspicuous SSD bay where you can install a PCIe 4.0-based M.2 drive. Just don’t expect to replace the 825GB of default storage — that’s built into the PS5’s motherboard. You can also remove the panels to clear out dust from two dedicated catchers.

“We began conceptualizing PS5 in 2015, and we’ve spent the past five years designing and developing the console,” the official PlayStation blog post from Masayasu Ito, EVP, Hardware Engineering and Operation, Sony Interactive Entertainment, reads in part. “Our team values a well thought out, beautifully designed architecture. Inside the console is an internal structure looking neat and tidy, which means that there aren’t any unnecessary components and the design is efficient. As a result, we’re able to achieve our goal of creating a product with a high degree of perfection and quality.”

All in all, it’s an interesting teardown that’s worth a watch, if only because doing this yourself with your own PS5 will void your warranty. You can check out Sony’s full PS5 teardown in the video embedded above, but otherwise, look for the new console to drop on November 12th.