Since the acquisition of AuthenTec, Apple has been rumoured to be launching an iPhone with a built-in fingerprint scanner. The iPhone 5 wasn’t meant to be the one, but this year rumours of the biometric sensor have gained traction, and this image leak apparently confirms that the iPhone 5S will indeed have a fingerprint reader on board. 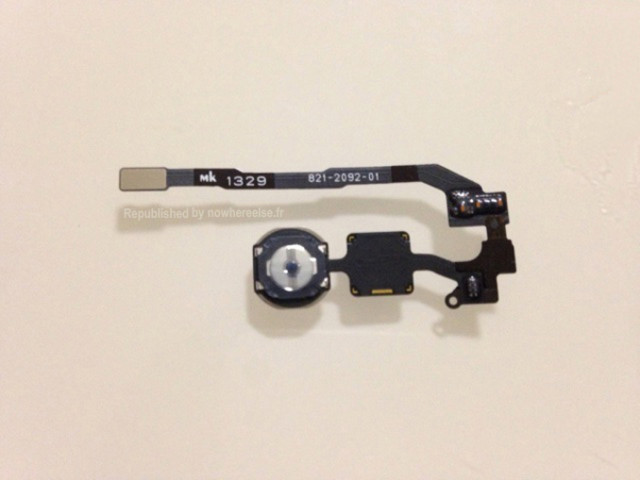 The French blog Nowhereelse.fr has posted a couple images of what they claim to be the iPhone 5S Home button, which differs from what we saw back in June. The first notable difference is that the home button flex cable may show support for the fingerprint sensor. The leaked part contains the usual Apple part number scheme, and apparently carries a manufacturing date code corresponding to the 29th week of 2013. 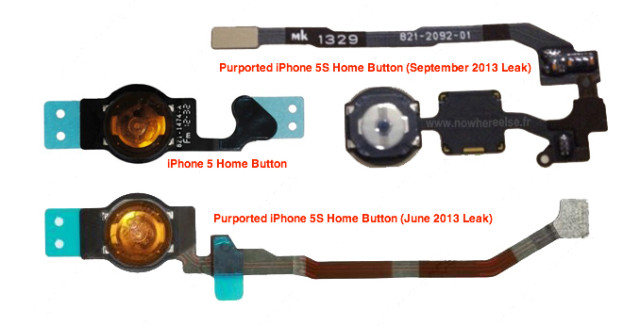 While we can’t confirm the authenticity of the image leak, it remains to be seen whether the forthcoming iPhone 5S will indeed feature a fingerprint sensor in just a couple days — if the rumour mill is correct.