Qualcomm has just introduced an update to its earlier smart glasses, the Wireless AR Smart Viewer, featuring a higher-powered chipset and a tethering system that uses Wi-Fi 6 / 6E and Bluetooth to replace the USB-C cable (via The Verge). 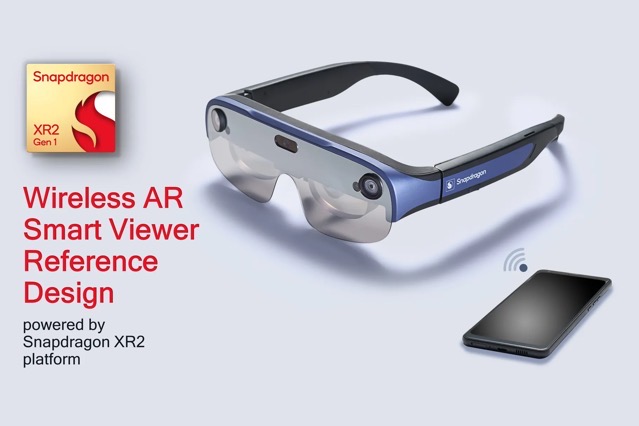 Qualcomm has maintained the previous 1920×1080 resolution and 90Hz refresh rate, but it’s slightly narrowing the field of view, dropping it from 45 degrees to 40 degrees diagonal.

The Smart Viewer has a slimmer profile than either the wired Smart Viewer or most competitors. Its frames are 15.6mm deep compared to around 25mm for the wired version, softening AR glasses’ typical bug-eyed look. The wireless viewer uses Qualcomm’s Snapdragon XR2 chipset compared to the previous model’s XR1.

Complete technical specifications of the new Qualcomm AR Smart Viewer glasses can be found in the following graphic. 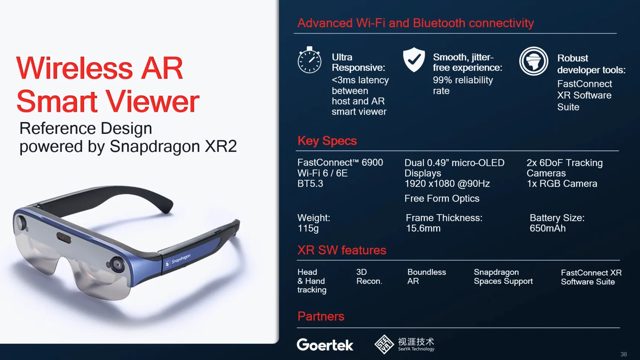