Quebec’s taxi industry this morning held a press conference outside a Montreal courthouse to announce it wants to shut down Uber, which it says is operating illegally in the province, reports The Canadian Press. 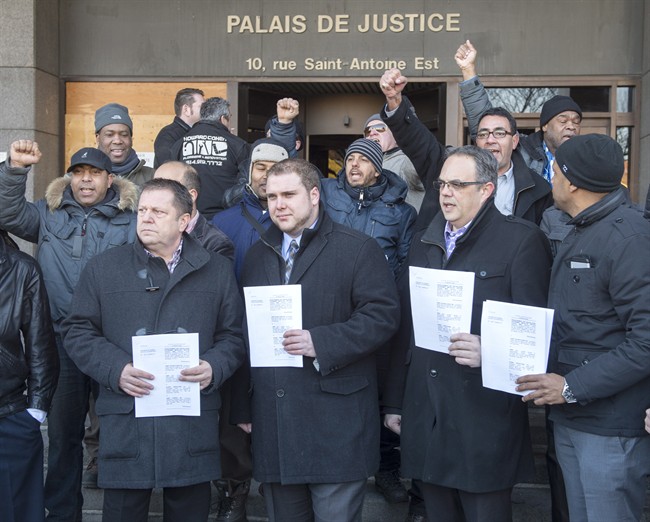 Lawyer Marc-Antoine Cloutier, representing taxi drivers, said Uber is illegal and is breaking the law, thusly they’ve asked a judge for a permanent injunction to shut down the service.

Benoit Jugand, a taxi-industry spokesman, said “It’s not normal that the industry must take care of what’s supposed to be done by the government,” adding “It’s simple: taxi is legal and Uber is illegal. The law says it. The law is clear. We simply want the law to be applied.”

Jugand explained UberX has nothing in common with people driving neighbours rides to work for free, saying ride-sharing is clearly defined in transportation law: “It says you need to share transport but you just share your gas. But giving calls to somebody who’s taking you from point A to point B is clearly taxi business.”

UberX, which allows drivers to pick up and transport passengers with their regular vehicles, has been widely opposed by traditional taxi companies across Canada, who claim the service does not require traditional fees, training and insurance paid for by cabbies.

Edmonton made history when it approved Uber to operate in the province, approving a new bylaw to allow ridesharing, as of March 1.