Quebec cabbies staged a protest today near the site of the Montreal Formula 1 Grand Prix, to show their support for Bill 100, proposed legislation that if passed, would regulate ridesharing services such as Uber. 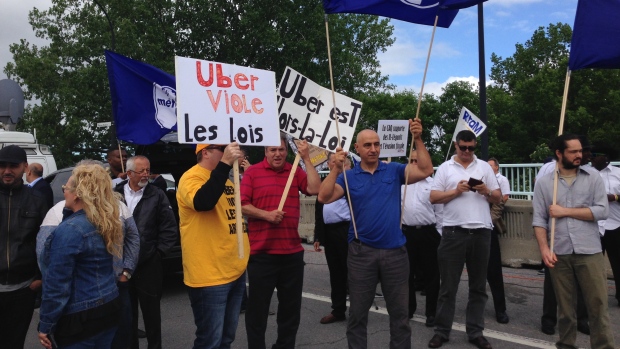 Jugand said they were ready to “protest all summer long,” if Bill 100 is not passed. Protesting at and possibly disrupting major events is the industry’s way to gain attention to their cause. The government says Bill 100 could pass into law by Friday, June 10th.

Coalition Avenir Québec (CAQ), which opposes Bill 100, says it will hurt consumers if Uber leaves the province. They were the target of today’s protest, with Jugand calling the public to tell CAQ leader François Legault to “stop doing what he’s doing,” adding “There’s a bill that needs to be adopted there’s five days left it needs to be done.”

Last week, Uber proposed some compromises to Bill 100, such as the creation and purchase of special ride-sharing permits for drivers, but the province has failed to listen so far or negotiate.