Nearly a week ago Duncan Sinfield posted a three minute and 19 second clip of his DJI Inspire 1 drone hovering over the construction site of Apple Campus 2. What made the video compelling was it was by far the riskiest video we’ve seen to date, providing a detailed look at both inside and out of the construction site, home to Apple’s future headquarters. 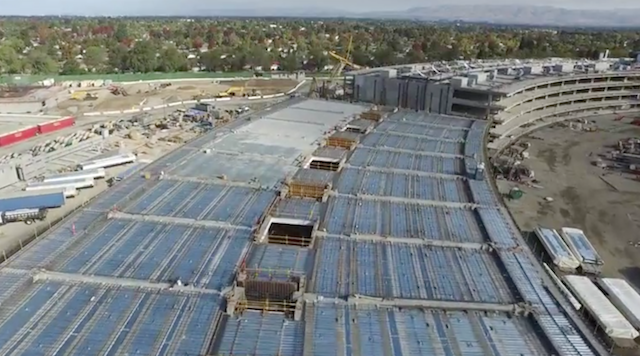 Sinfield has now shared the full raw video of his drone flight over the site, at just under 16 minutes long, which he says was taken “all on one TB48 battery,” referring to the 5700mAh capacity Intelligent Flight Battery available for his DJI drone, which claims a max 22 minute flight time.

While we’re impressed by the close nature of the flight which reveals some pretty spectacular details of the site and its buildings, it’s a pretty risky undertaking flying so close, especially when workers are on the ground, 24/7. Check it out below:

Last month, another well-known Apple Campus 2 drone flyover pilot, “MyithZ”, shared with CNET how Apple claims to own air space 83 ground above the site, while an FAA-imposed ceiling of 400 feet is in place for flying devices like drones. Sinfield’s video at times seems closer than 83 feet, so it’s definitely pushing the boundaries; MyithZ says he tries to maintain a distance of at least 1000 feet to ensure the safety of people on the ground.