If you’re an RBC customer looking to use photo chequing on your iPhone, the feature is not available yet, despite already being available with major competitors TD Canada and CIBC (also available with Tangerine, various credit unions)—but that is about to change.

RBC this morning has begun sending out messages to customers asking them to agree to new terms of their Electronic Access Agreement. Within this agreement it states:

We’ve updated the Electronic Access Agreement to clarify certain terms and to reflect upcoming changes to our products, services and technology, including: 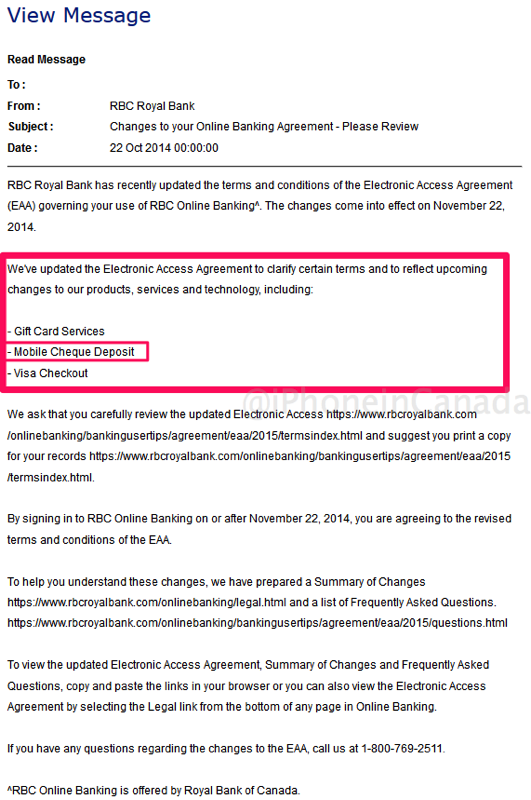 Customers are told by signing into RBC Banking on or after November 22, 2014, they agree to these new terms and conditions. While there’s no set date for when mobile cheque deposit is coming, this is good evidence it’s in the works and should be launching shortly in the future.

Anyone patiently waiting for mobile cheque deposits with RBC?