RBC Launches NFC-Enabled ATMs in Canada, But No Apple Pay Support Yet 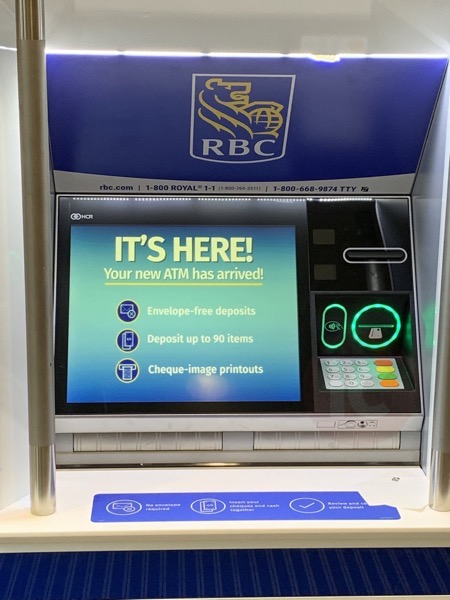 While Canada’s biggest banks and credit unions support Apple Pay for debit and credit cards, we have yet to see widespread adoption of NFC-enabled ATMs here like down in the United States.

But that appears to be changing as RBC has started to roll out new ATMs in Toronto, which now support NFC, along with envelope-free deposits (for up to 90 items), plus cheque-image printouts.

For iPhone users, sadly these RBC NFC-enabled ATM machines do not support Apple Pay, according to iPhone in Canada reader @DeanLubaki.

U.S. banks such as Fargo and Chase have ATM machines which support Apple Pay, Android Pay and Samsung Pay, allowing consumers to tap their smartphones to conveniently and securely access their accounts.

If you’re looking to try out this NFC-enabled RBC ATM, you can find it at 608 Yonge Street, in Toronto, Ontario.

Have you seen any other NFC-enabled ATMs from Canada’s big banks?