RBC Rewards Promo: Get 35% Off a 42mm Apple Watch Sport

RBC Rewards has a promo right now that offers 35% off the points required to redeem a 42mm Space Grey Apple Watch Sport, available for 47,850 points. 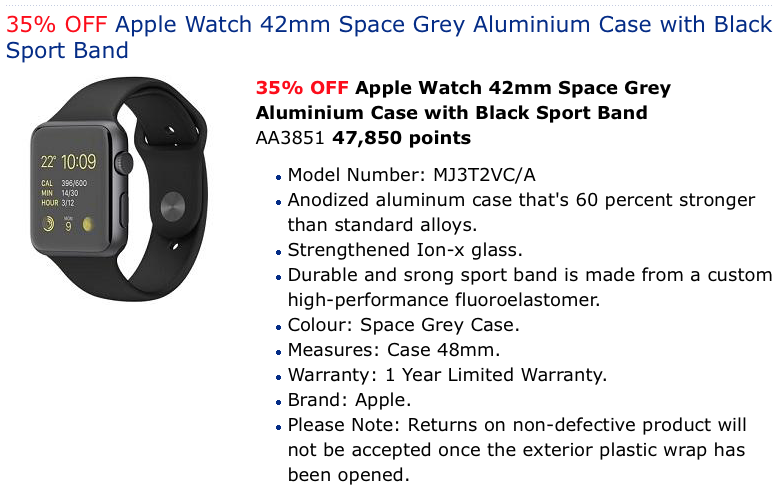 According to discussion on RFD, this Cyber Monday deal is ‘hot’ compared to the Canadian retail price of the Apple Watch Sport. Depending on how you use your rewards points, this deal may vary. Right now, a $250 VISA gift card is worth 42,000 points, so this means a 42mm Apple Watch Sport is worth $284.82 in RBC points, versus $519 plus tax retail. But if you travel often, 42,000 points is worth $420. So, the choice is yours.

If you aren’t planning on traveling anytime soon and have a tonne of points to use, this may be a deal worth considering, since a new 42mm Apple Watch Sport costs $519 plus tax. Let us know if you’re going to jump on this.

Geekbench scores allegedly belonging to Apple's upcoming "M2 Max" chip were recently spotted and shared online by known Apple tipster ShrimpAppePro (@VNchocoTaco), giving us a hint at the kind of performance we can expect from the next iteration of Apple Silicon (via MacRumors). Apple is expected to release a pair of higher-end M2 chips in...
Nehal Malik
41 mins ago