If you are an RBC Rewards member and have lots of points available, right now there’s a promo for Black Friday which brings 40% off to redeem for a 16GB WiFi iPad mini 3, available for just 44,000 points. 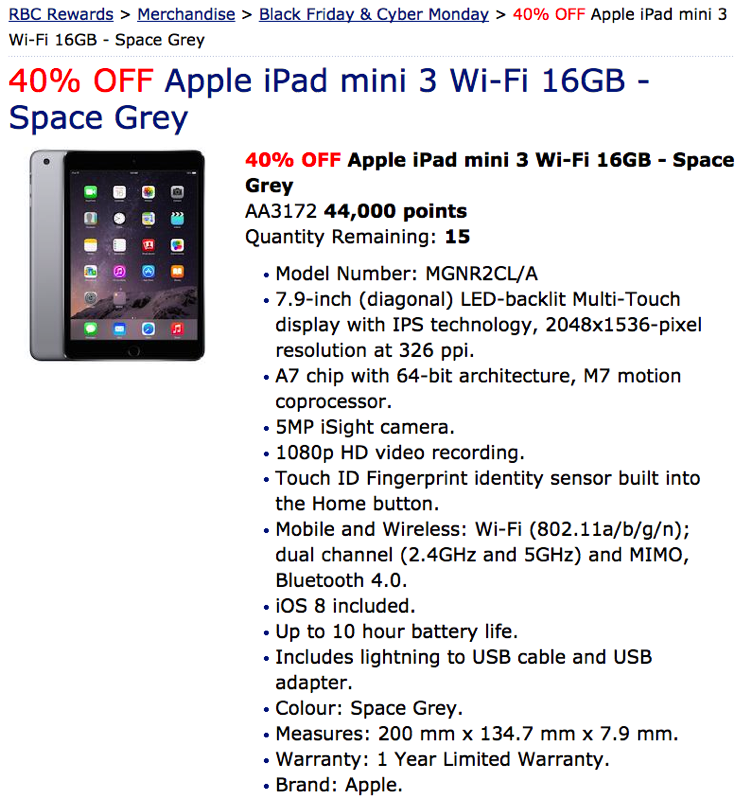 If you were to redeem this same iPad mini 3 via the Best Buy/Future Shop option, it would require more points. The iPad Air 2 was available for redemption for 55,500 points too, but it quickly sold out (‘RedFlagDeals effect’).

Click here to jump on the iPad mini 3 option. Let us know if you’re going to do this!