RBC VP on Apple Pay in Canada: “Major Interest to the Industry”

While Apple Pay is currently only available in the U.S., the mobile payment service has been rumoured to possibly launch in Canada as soon as March. TD Bank’s CIO previously noted they see Apple Pay’s launch here “at least a year away” (TD recently launched Apple Pay support in the USA).

Mantia says while Apple Pay’s launch in Canada is “unknown”, she noted “it is of major interest to the industry and a good thing for consumers.” The snippet of the interview about Apple Pay is below in its entirety:

KW: Let’s talk about Apple Pay. What are your views on Apple Pay and its prospects in Canada, and in particular, its business model which takes a percentage of the transaction fee from issuers? How do you think Apple Pay will change the relationship between consumers and their banks and consumers and third parties?

LM: Nearly 40 percent of Canadians use Apple phones and until now we haven’t been able to talk to them about mobile payment. While the launch of Apple Pay is unknown in Canada, it is of major interest to the industry and a good thing for consumers; it provides an easy way to pay with a client’s credit or debit card. The biggest call to action is that all of us issuing banks have, together with Apple and Android, is to try and improve the consistency of the client experience at the point of sale – ubiquity, consistency and predictability matters.

While Mantia doesn’t say much about Apple Pay, it is always interesting to hear the position of Canadian banks on the mobile payment, which will compete directly with their own in-house solutions. 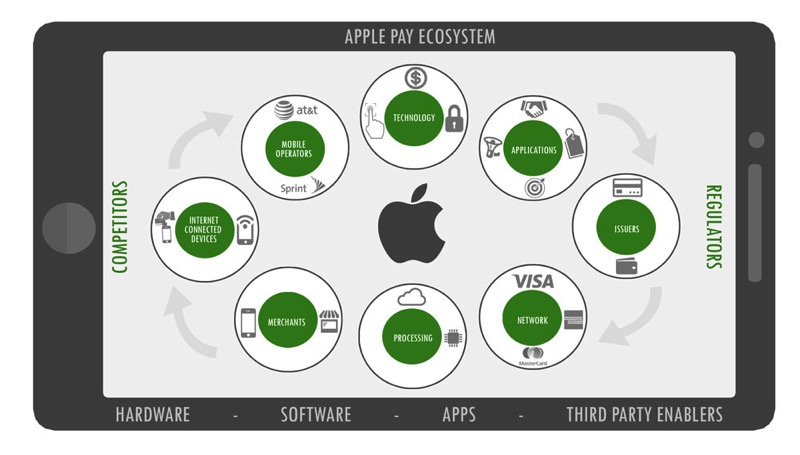 While the launch of Apple Pay is unknown, it would make sense for the service to debut in Canada timed with the release of Apple Watch, as the wearable is also compatible to make mobile payments along with the iPhone 6 and iPhone 6 Plus.