Watch ‘Reachability’ For One-Handed iPhone 6 Use in Action [VIDEO]

As expected, Apple unveiled two larger iPhones earlier today i.e the iPhone 6 with a 4.7-inch screen and the iPhone 6 Plus with a 5.5-inch display, both of which seem to be a bit bigger for “one-handed use”, an iPhone feature that has been touted by Apple on numerous occasions up till the iPhone 5s. Luckily though, as it was predicted by The New York Times as well, the two new iPhones offer a new ‘Reachability’ function to address this issue. 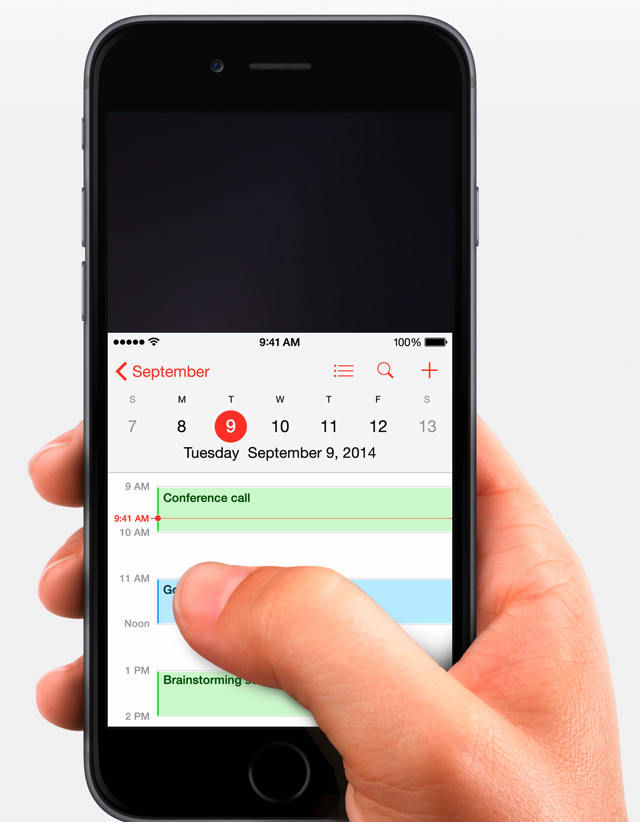 As seen above, the ‘Reachability’ feature allows users to double tap the Home button to shift the entire UI down to put UI elements at the top of the display in thumb’s reach. Some may argue that the idea is not new since several large Android phones offer similar features that scale the screen to one side or corner to make the device easier to use with one hand. However, Android’s scaling functionality is unsurprisingly laggy in most cases, while Apple’s solution works quite seamlessly.

“With new features like Reachability you can interact with the larger screen in different ways, too. Simply double touch the Home button and the entire screen shifts down closer to your thumb. And to easily navigate Safari or Mail, swipe left to right across the screen to go backward, or swipe right to left to go forward. With the new continuous surface of iPhone, all your gestures now feel smoother than ever.”

Below is a video of how ‘Reachability’ function for larger iPhone 6 / iPhone 6 Plus works (via 9to5Mac). Take a look and let us know what you think.