TELUS has launched a new iPhone 6 and iPhone 6 Plus pre-order page for customers looking to upgrade, once the new models are released on September 19. The company just sent us the following:

I’m excited to let you know that TELUS will offer iPhone 6 and iPhone 6 Plus, the biggest advancements in iPhone history, beginning September 12 for pre-order and September 19 in store.

Customers can now register at www.telus.com/preregister to be the first to be notified when the iPhone 6 and iPhone 6 Plus are available for pre-order at TELUS. 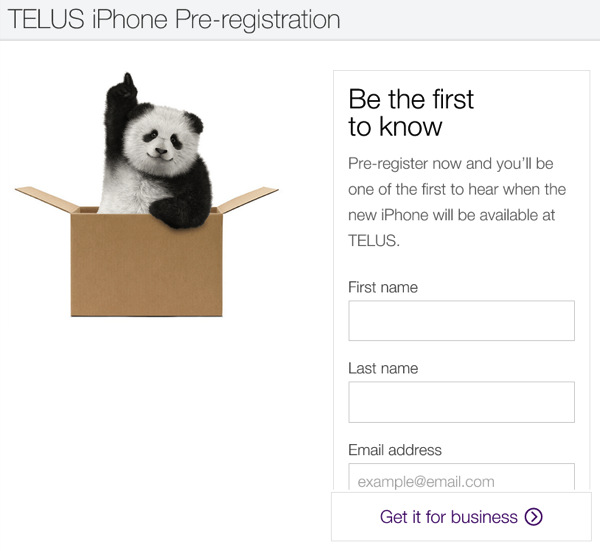 Customers can sign up with their name and email to be notified when you can get the new iPhone 6 models from TELUS. We’ve reached out to Rogers and Bell, and expect updates soon as well.

Update: Start time is 12:01AM PDT for pre-orders (thanks Nicolas):

@talljolie Pre-orders will start at 3:01EST