Apple is donating to the American Red Cross to support Hurricane Florence relief. 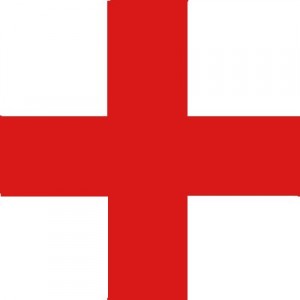 Hurricane Florence made landfall in North Carolina earlier today as a Category 1 storm, resulting in destructive winds, rain, and storm surges across the Carolinas and the southeastern United States.

According to a new tweet from Apple CEO Tim Cook, Apple will donate $1 million USD to the American Red Cross for hurricane relief. In the tweet, Cook said that “the Carolinas are in our hearts.” He also asked that Apple employees, “first responders and everyone in Hurricane Florence’s path” to “stay safe.”

The Carolinas are in our hearts. To our employees there, first responders and everyone in Hurricane Florence’s path, please stay safe. To help those affected, Apple is donating $1M to the Red Cross.

Cook’s tweet came as Hurricane Florence is hitting the Carolinas with fierce winds and rain. The hurricane is causing significant flooding across North Carolina and forecasters warn that the damage and destruction it’s causing could be catastrophic. Forecasters predict that the hurricane will stall over the Carolinas and continue to dump heavy rain on the area over the weekend. It will still be a tropical depression as it moves through the northeast.