According to a report by MacStories, Apple removed a number of third party Reddit clients from the App Store today for violating clause 18.2 of the App Review Guidelines due to NSFW content. The clause clearly states that apps will be rejected if they contain “user generated content that is frequently pornographic”. The source believes that Reddit did not ask Apple to remove any of these third-party Reddit apps. 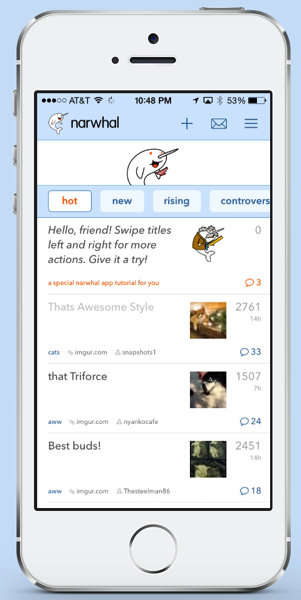 The recently released official Reddit app was featured by Apple on the App Store last week, which has not been pulled and is still available for download. However, third party Reddit clients including Narwhal, Antenna, Eggplant and BaconReader have all been removed from the App Store. Apple did not give any advance notice to developers before removing these apps, despite some of the apps being available on the App Store for well over a year. The source points out that some of these third-party apps did have a filter to enable or disable NSFW content.

It also seems that a few other popular third-party Reddit apps were removed from the store, but not the official Reddit app. I reached out to Reddit asking them if they knew anything, and they informed me that they did not request Apple to pull these apps, and they were also receiving issues from Apple about 18.2. I think that Apple did not pull their app because they are a big company and were recently featured. As shown time and time again, Apple does not really care whatsoever about indie developers. From taking 30% of barely any revenue to rejecting apps based on features that have been available for 18+ months.

It now appears that some of the third-party Reddit clients have returned to the App Store, including Narwhal and Antenna, but both have been updated to remove the NSFW toggle that used to be in their apps. Looks like Apple wants that NSFW content toggle must be manually changed from the Reddit website, rather than from within the app.