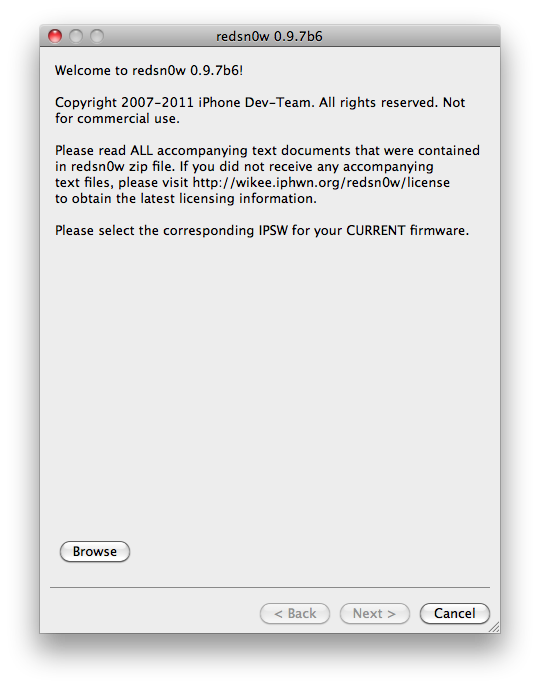 The iPhone Dev Team have released another beta of Redsnow 0.9.7. This brings the untethered jailbreak for iOS 4.2.1 to beta 6. This time they have resolved the Skype and Bluetooth issues. That have been present up to beta 4. (They fixed the Bluetooth issue in beta 5). Also, there is no need for a complete restore, if you used beta 5. you can just run beta 6 right over it. This is still only for beta testers with an iPhone Developer’s account, as you still need to have the iOS 4.2beta3 firmware on your computer, and your 4.2beta3 SHSH blobs saved on Cydia, for this to work.

Here’s what the iPhone Dev Team had to say on their blog:

The sixth beta is now available (testers ONLY please!). Â This version fixes Skype (and as expected all along, the Skype issue turns out to be unrelated to sandbox patches).Â Please do not pirate the 4.2b3 IPSW! Only those enrolled in the iPhone Developer program have legitimate access to that IPSW usingÂ these links (the links wonâ€™t work unless youâ€™re a legit developer currently logged in).

Unlike the last few betas, you can freely run beta6 over beta5 without a problem (but for testing purposes, weâ€™d really like people to try both waysâ€¦.from stock, and from already jailbroken). Â If all you want to do is fix Skype and youâ€™re already untethered using beta5, just run beta6 and deselect every checkbox.

Now that the sandbox, Bluetooth, and Skype issues are fixed, our next priority is porting Monte back to 4.1. Â Weâ€™ll also try to make the Windows version less painfully slow.