Reproductive Health Has Finally Been Added to Apple’s HealthKit 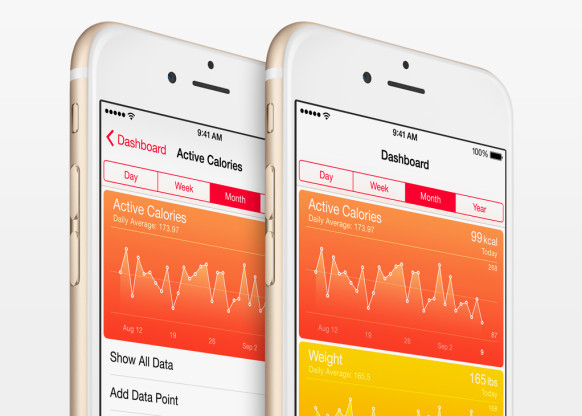 Apple has today announced a handful of updates for its HealthKit during the WWDC keynote event, such as tracking how much water you drink, how often you’re sitting, and your UV exposure, along with the much anticipated support for ‘Reproductive Health’. As noted by Wired, Apple’s SVP of Software Engineering Craig Federighi specifically highlighted that HealthKit will finally start offering reproductive health information, which was not included in the original launch.

“HealthKit was sold as a comprehensive tracking system, but seemed to forget that women exist and that we menstruate. The oversight did not go unnoticed. Now, Apple is quietly righting this wrong—although, to what degree remains to be seen.

The fact that Apple launched HealthKit without acknowledging this is dumbfounding, and we can only hope that the update includes a fully fledged feature for women’s health. To be fair, Fitbit, Fuelband, and MyFitnessPal are just as guilty”.

While ‘Reproductive Health’ certainly sounds like a feature that would include a period and/or ovulation tracker, no further details were given by Apple. It is however quite likely that details about the update will confirm this feat, and women will soon be able to start logging their periods with a native iOS app.

The federal government announced yesterday the ArriveCAN app and other COVID-19 border measures would be removed, starting October 1, 2022. The ArriveCAN app was required for travellers arriving in Canada, to input their customs declaration and vaccination status. The government’s website regarding ArriveCAN still states, “If you don’t submit your travel information and proof of […]
Gary Ng
4 mins ago

Roku is bringing its Roku Ultra streaming box to Canada following its successful launch in the U.S. The Roku Ultra offers the ability to stream 4K content with all the bells and whistles we’ve grown to expect from the company. However, this new set-top streaming unit also includes some pretty neat quality-of-life improvements and design...
Steve Vegvari
3 hours ago