Can this lost/stolen next iPhone prototype story get any juicier? I wonder if Jason Chen from Gizmodo ever imagined his revealing posts would result in his home being raided. The Apple Engineer that lost the iPhone was identified to the world by Gizmodo.

Revealed: The Guy Who Sold the iPhone to Gizmodo

Wired has interviewed the guy who sold the iPhone prototype to Gizmodo as 21 year old Brian Hogan. CNET has identified his buddy who acted as the middle man trying to peddle this prototype to tech sites.

Brian J. Hogan, a 21-year-old resident of Redwood City, California, says although he was paid by tech site Gizmodo, he believed the payment was for allowing the site exclusive access to review the phone. Gizmodo emphasized to him â€œthat there was nothing wrong in sharing the phone with the tech press,â€ according to his attorney Jeffrey Bornstein.

â€œHe regrets his mistake in not doing more to return the phone,â€ says Bornsteinâ€™s statement. â€œEven though he did obtain some compensation from Gizmodo, Brian thought that it was so that they could review the phone.” 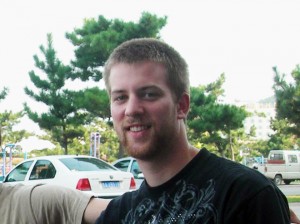 So it seems like Brian Hogan already has hired a lawyer. Smart move, given that everyone else has done the same. What about his friend who tried to help him sell the phone?

CNET has learned that Sage Robert Wallower, a 27-year-old University of California at Berkeley student, contacted technology sites about what is believed to be Apple’s next-generation iPhone. The device was lost by an Apple engineer last month. Police in San Mateo County have said they are investigating the lost phone as a possible theft.

In an in-person interview with CNET at his home in Oakland on Thursday, Wallower said, “I’m not the person who found it. I didn’t see it or touch it in any manner. But I know who found it.” He declined to identify anyone else, however, in part because he said conversations with law professors had convinced him that Apple was a “legal juggernaut.”

“I need to talk to a lawyer,” Wallower said. “I think I have already said too much.” 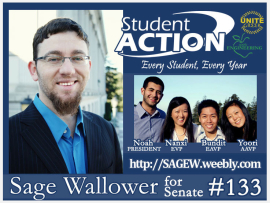 Both of these guys have legal help, which is probably a smart move. Apple is known to have a heavy hand when it comes to flexing their legal muscle. What surprises me is why didn’t they try harder to return the phone to Apple? For Gizmodo to convince them to let it go for $5000US is a deal–for Gizmodo.

How will this strange story end? We’ll find out soon. For now, it looks as if it’s now up to lawyers to do all the dirty work.