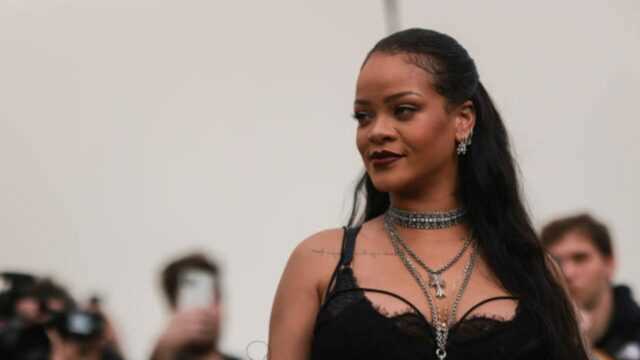 It’s confirmed that Rihanna will headline next year’s Super Bowl LVLL Halftime show. 2023’s mega-sporting event will be the first to see Apple Music take over as the official sponsor of the halftime show as Pepsi exits its deal.

The news was confirmed via social media where Apple Music, Rihanna, and the NFL all confirmed the performer’s involvement in the show. Super Bowl LVLL is set to take place on February 12th, 2023. The game, which often rakes in the largest television audience, will be played at the State Farm Stadium in Glendale, Arizona.

IT'S ON.@rihanna will take the stage for the first ever Apple Music Super Bowl Halftime Show on 2.12.23. #SBLVII @NFL @NFLonFOX @RocNation pic.twitter.com/Kz1YY19zAA

“Rihanna is an incredible recording artist who is a favorite for many millions of Apple Music customers around the world,” Oliver Schusser, Apple’s vice president of Apple Music and Beats said. “We’re excited to partner with Rihanna, Roc Nation and the NFL to bring music and sports fans a momentous show — what an incredible artist for the inaugural Apple Music Super Bowl Halftime Show.”

It was only last week that Apple Music was named the new partner for the Super Bowl Halftime show. Apple Music has signed a multi-year partnership and will be taking the place of Pepsi for the foreseeable future. In a previous statement, Apple Music is confirmed to be onboard to utilize “bringing Apple’s creativity and expertise to the most-watched musical performance of the year.”

What’s interesting to note is that Rihanna was first offered the chance to headline the Halftime show in 2019. However, she turned down the opportunity as a form of solidarity with Colin Kaepernick. It’s also worth noting that the artist has not released an album since 2016. However, rumours do point to her working on new material recently.

The Apple Music Super Bowl Halftime Show will be produced by DPS with Roc Nation. The company is also serving as the strategic entertainment advisor of the live performance.

“Rihanna is a generational talent, a woman of humble beginnings who has surpassed expectations at every turn,” artist and Roc Nation CEO Jay-Z states in the official announcement. “A person born on the small island of Barbados who became one of the most prominent artists ever. Self-made in business and entertainment.”

In the lead-up to Super Bowl LVII, Apple Music will be offering exclusive details and sneak peeks” on TikTok, Twitter, and Instagram.