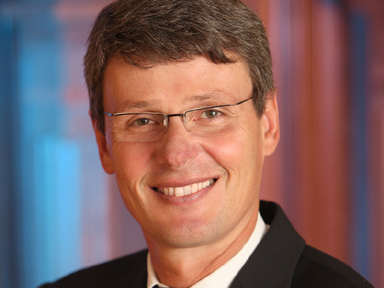 It’s not over ’til… Thorsten Heins successfully leads Research in Motion (RIM) to the launch of BlackBerry 10. With more than a little bit of pressure bearing down on his shoulders, Heins has a lot riding on this upcoming January 30, 2013 release; consumers and analysts alike are predicting that this is it for RIM: their last chance. Good thing he’s feeling confident.

In a recent meeting with the New York Times, Heins was realistic and frank, stating that he didn’t expect “things to get much worse.” Truth is, RIM has nothing more to lose. Fortunately for their still considerable numbers of employees, developers and customers, they also haven’t given up yet.

The new phones are expected to look much the same as they always have (vaguely resembling the other “rectangular slab look of smartphones already on the market”), a detail which may initially sound like a bad thing. In reality, it may be the smartest thing the Canadian company has done in a while. Long-time users of the BlackBerry do so because it is different: many models still have physical keyboards and bonuses like the flashing LED that can be colour-coded to give visual notifications (the one thing I still miss with my iPhone to this day carried over from my previous life as a BlackBerry fanatic).

The real updates will be seen in the operating system, with the new version bringing features like an integrated and consolidated messaging system that will “display Facebook updates, LinkedIn messages, texts and Twitter posts along with e-mails” in a single location.

It is the sincere hope of Heins that people will find comfort in only needing a ‘flick of their thumb’ to operate their smartphone, and suggests: “It is stress relief; it doesn’t make you look at all your applications all the time.”

What do you think? Is it too late for BlackBerry, or is it true that you never really forget your first love?