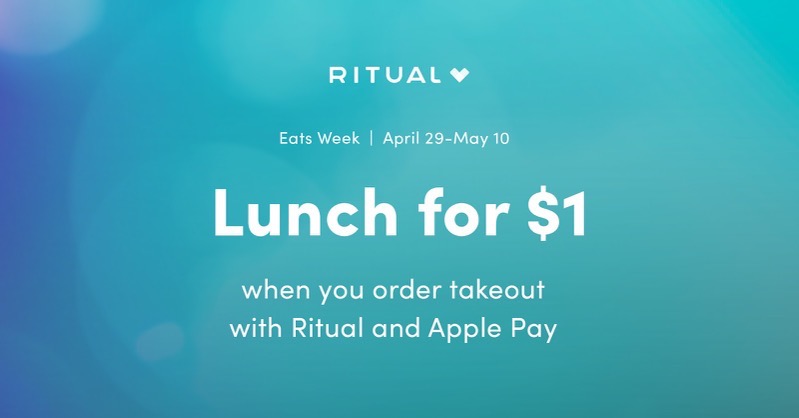 Mobile order and pick up app Ritual has launched Eats Week again, offering takeout lunch for $1 for those checking out with Apple Pay, available in Toronto, Ottawa and Vancouver, from April 29 to May 10.

Ritual informs iPhone in Canada their bi-annual campaign with Apple Pay will allow users to “enjoy $1 meals at top spots in their city,” as the promotion is “encouraging people to get out of the office to enjoy local food favourites with their teammates, skip the long lunch lines and save some money along the way.”

Ritual incentivizes those picking food up for colleagues to get bonus points in the app towards free meals. The service is available in 20 cities across North American, Australia and the UK.