For Canadians heading south, Roam Mobility offers an option for cheaper roaming compared to roaming plans from Rogers, Telus and Bell that you can setup at home prior to your trip.

SIM cards in standard, micro and nano formats will cost $19.99 and will work with your unlocked iPhone, cellular iPad or any other unlocked device. The expansion to the electronics chain will help reach consumers faster especially in Atlantic Canada, says Emir Aboulhosn, founder and CEO of Roam Mobility.

Below is a chart comparing Roam Mobility’s plans to those of incumbents and new carriers: 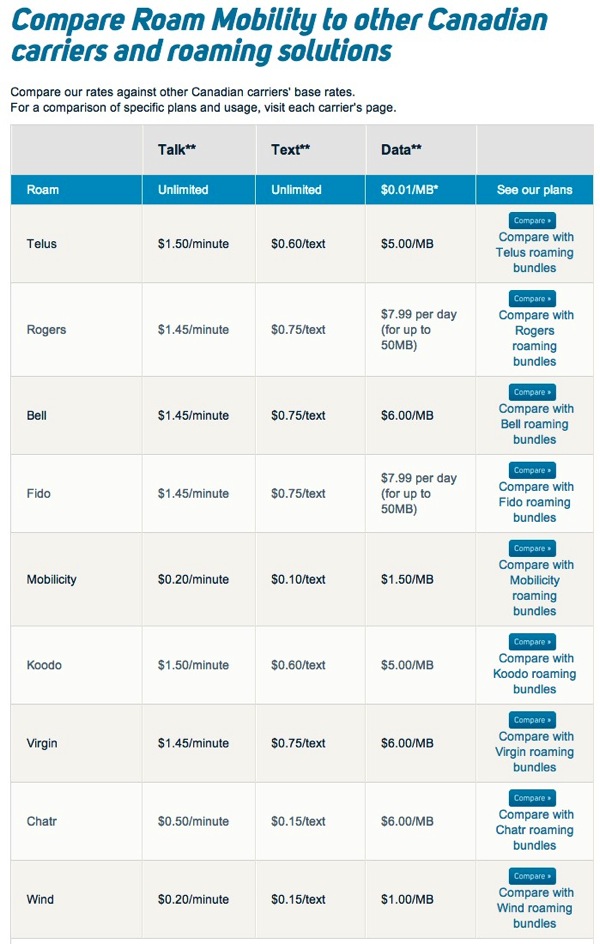 With spring break coming up, now is the time to setup your Roam Mobility plan if you’re heading to the USA. Unlimited Talk, Text and Data plans start at $2.95 per day.

You can read our review of Roam Mobility in the USA here. Learn more by visiting their website here.