The makers of Rock Your Phone have allowed people to purchase 3rd party jailbroken apps such as MyWi and My3G for their iPhones. Rock Your iPhone has just been acquired by Cydia (SaurikIT), which now has become the world’s largest independent iOS App Store. To reflect some upcoming changes, the layout of Cydia’s main page has been reorganized: 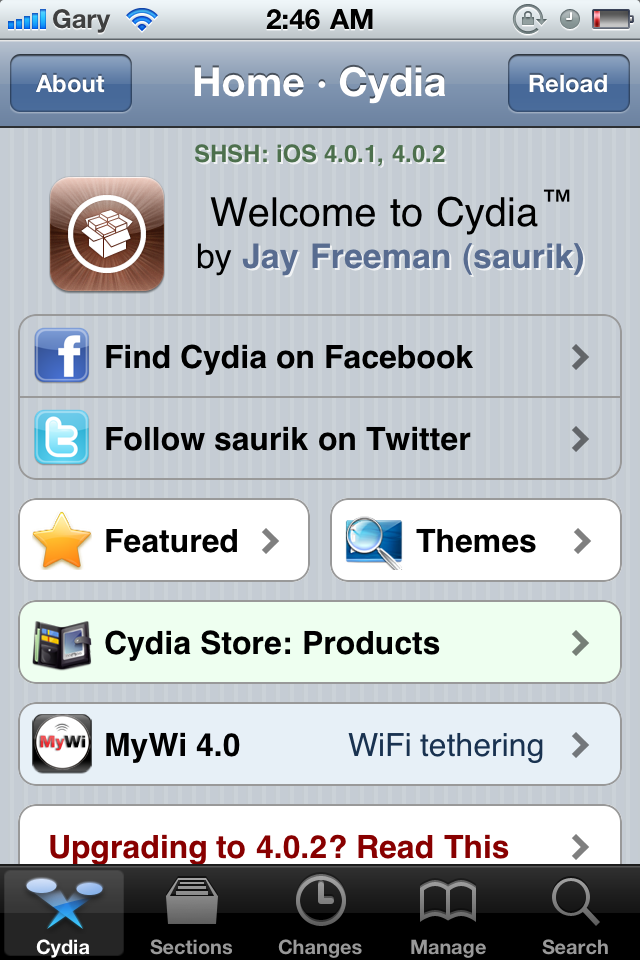 Here are some facts about Rock from their announcement:

These numbers are very impressive. 4.6 million iOS devices installed Rock and they had $3.3 million in sales in 1.5 years–amazing! Well done to the Rock team as they’ve worked very hard to achieve this. These are the sales taken away from Apple and just shows how important the jailbreak community has become. It’s beyond important–Cydia has become a necessity for many iPhones/iPods/iPad out there.

Here’s some important info regarding transfer of licenses:

We have worked hard together with SaurikIT/Cydia to ensure a very smooth transition where all customers will retain their App licenses and be able to install them through Cydia at will. If you already have a Cydia Store login, your licenses have already transferred. Those who do not have a Cydia Store login, simply use (or create) your Google Account/Facebook account to login to Cydia Store, and your licenses will transfer automatically. If youâ€™ve changed devices in the last day or two, donâ€™t worry. You can simply type in your RockID and your licenses will transfer over.

This is some very big news for the jailbreak community as now Cydia will become even easier to use with Rock apps/licenses transferred over. What do you think of this blending of the two stores into one?