Today, Rogers Communications announced that they are expanding their popular Roam Like Home service to over 35 European countries.

Rogers customers will be able to talk, text, and use their data outside of Canada and the United States for the first time starting on April 15. The service will cost $10 per day and users will be able to use their existing plan while travelling to Europe without worrying about additional roaming charges. President and CEO of Rogers Communications Guy Laurence said:

“Canadians used to be afraid to use their devices when travelling – it was just too complicated and they were worried about their bills. Six months ago we fixed this with a unique technology called ROAM LIKE HOME and over a million of our customers are enrolled to use it. They are now using their phone in the U.S. just like they would at home. Given how much customers love ROAM LIKE HOME in the U.S. it made sense to expand it so now our customers can use it in over 35 European countries.”

Customers who travel to Europe will pay $10 per day when roaming in an eligible country and will only be charged up to a maximum of $100 (10 days) each month. If you are already enrolled in Roam Like Home U.S. you don’t have to do anything to be able to use the service in Europe. The only difference between the U.S. version of the service and the European version is the price. 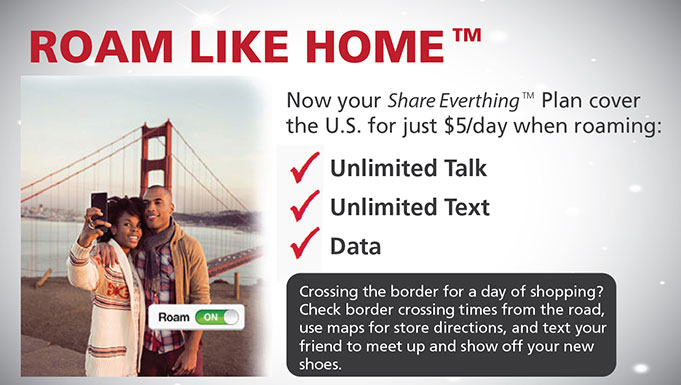 Rogers conducted a survey and found that 60 percent of Canadians do not use their phones the same way they do at home when travelling to Europe. The biggest barrier for most people is the cost of roaming and the confusion of how roaming charges work. The Canadian carrier hopes that the new Roam Like Home service for Europe will solve this problem.

Update: Rogers has sent us a list of the 35 countries below: