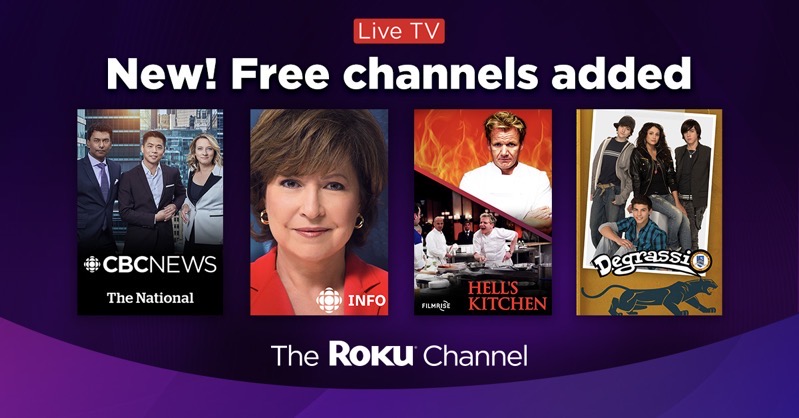 Roku notified customers via email on the weekend it has added more live TV channels to its ad-supported The Roku Channel, available on its streaming devices.

The new additions include CBC News, Radio-Canada INFO, plus dedicated Hell’s Kitchen and Degrassi channels. Below is a list of some of the new live TV channels available on Roku:

Roku also lets you stream the most popular services including Disney+, Apple TV+, Crave, Netflix and more. With more live streaming TV channels, Roku’s devices and televisions are a compelling offer for those seeking an all-in-one solution for home, work, the cabin or an Airbnb, without paying for cable tv to get live channels.

Click here to check out Roku devices on Amazon.ca.

The all-new Apple Watch Ultra officially went on sale last week, debuting the biggest change to Apple Watch yet, with the watch sporting features targeting extreme athletes. The Apple Watch Ultra has been designed to compete with the likes of Garmin, Suunto, Polar, and Coros, and boasts a suite of high-end features and improvements, including...
Usman Qureshi
5 mins ago