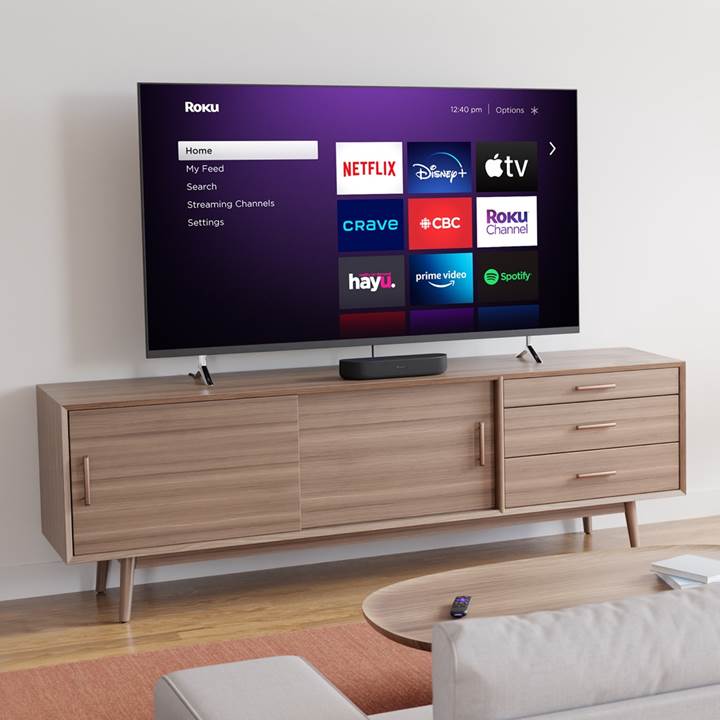 Roku announced on Thursday it has now become the number one TV streaming platform in Canada, based on hours streamed, based on a recent study conducted by the Hypothesis Group.

The company says based on its recent ‘The Decade of Streaming’ survey, 4 in 5 Canadians call themselves TV streamers.

“We are proud to lead the Canadian TV streaming market. The Roku brand is growing in Canada with introductions to new streaming devices, original content, and new Canadian entertainment with partners like CBC, Global News, and Crave,” said Arthur van Rest, VP International at Roku, in a statement to iPhone in Canada. “Providing simplicity, entertainment, and value is clearly resonating with Canadian consumers, who are choosing our platform to stream TV”.

The Roku streaming platform is available on streaming sticks and also bundled into smart televisions. Streaming apps include the likes of Apple TV+, Netflix, Crave, Disney+ and more, along with Roku TV which offers free streaming channels.

Below are the top 10 TV and movie searches in Canada from 2021 on Roku, shared with us via email:

Roku says 2510 survey respondents in October 2021, said Roku is the top TV Streaming Platform in Canada, based on hours streamed.

LastPass, a popular password manager for mobile, desktop, and more, recently suffered a security breach where an unauthorized party gained access to "certain elements" of customer data using information obtained from a previous hack back in August. The company said in a Wednesday blog post that it discovered unusual activity within a third-party cloud storage...
Nehal Malik
57 mins ago