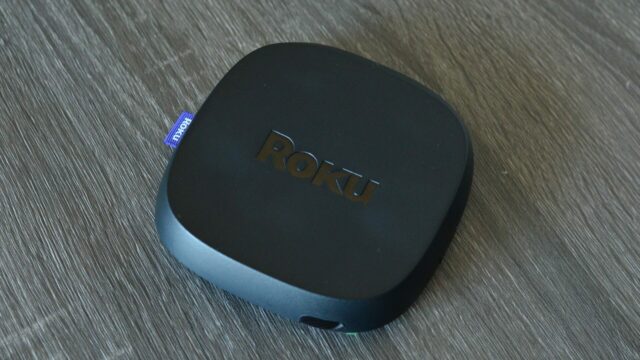 Roku is bringing its Roku Ultra streaming box to Canada following its successful launch in the U.S.

The Roku Ultra offers the ability to stream 4K content with all the bells and whistles we’ve grown to expect from the company. However, this new set-top streaming unit also includes some pretty neat quality-of-life improvements and design changes.

To start off, the Roku Ultra includes streaming capabilities of 4K HDR10+. Additionally, as most of the premium services now support Dolby Vision, the Roku Ultra also includes that support. The Roku Ultra unit itself is fairly compact with a size a bit larger than the palm of your hand. It has a dedicated USB port, an Ethernet port, and of course, an HDMI port. The device also utilizes Bluetooth connectivity. 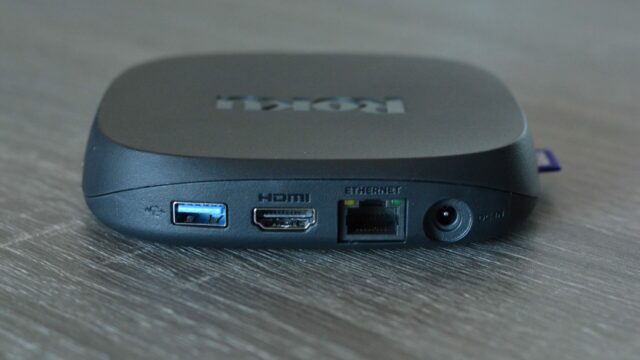 Included alongside the Roku Ultra is an improved remote. While retaining the overall design and look of the pre-existing Roku Voice Remote, this remote includes a rechargeable battery, a far-field mic, and a headphone jack. With the new remote, users are able to plug in a pair of headphones (included in the box) for private listening. Alternatively, the Ultra’s Bluetooth enables users to connect a pair of wireless headphones for the same effect.

On top of listening options, the new remote includes quite a number of improvements over its predecessor. This time around, the remote features quick navigation buttons to Netflix, Crave, Disney+ and Apple TV. Roku has also implemented two programmable buttons. These buttons can be optimized at the user’s discretion. For instance, you can set a button to navigate directly to your favourite show. Other custom searches can also be conducted using the programmable buttons. It’s quite the novel idea that sets Roku apart from its competitors. 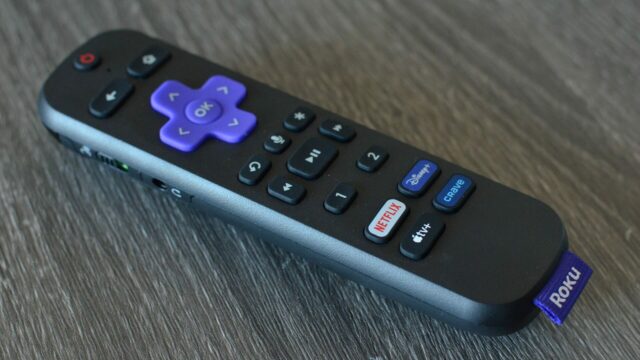 Roku’s Ultra is fully compatible with smart home ecosystems, including Google Assistant, Apple HomeKit, etc. However, the device has its own onboard hands-free voice control system. By default, the remote can conduct searches via the far-field microphone. You can initiate a search by saying, “Hey Roku…” The microphone can also emit a sound in the event that you’ve misplaced it in the couch cushions or another room. The microphone can be turned off using a switch located on the side, however.

From a standpoint of charging, the Roku Ultra’s remote does include a micro-USB cable that connects to the bottom of the remote. The packaging does not include a USB power brick, however. Though Roku confirms that any you have laying around will work. The company also states that the remote’s battery should last roughly two months until it requires a charge. 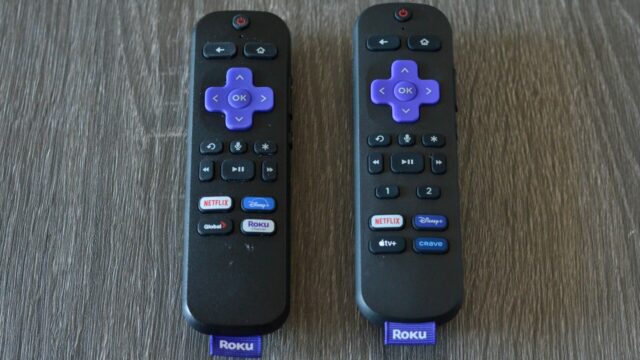 It’s worth noting that at launch, the new remote will only be available as part of the Roku Ultra’s packaging. Unlike the standard Roku Voice Remote, this device won’t be sold separately in Canada.

“Canadians are looking for a top-of-the-line streaming experience, and the Roku Ultra delivers,” said Marcin Lempka, Country Manager, Canada, Roku Inc., in an issued statement. “With the release of Roku Ultra, Canadians will get new features that support easier search and voice control, as well as a rechargeable voice remote. With a click of a button or by using the remote’s hands-free voice commands, Roku Ultra users can access the content they want, set shortcuts to their favourite channels, or find a lost remote without moving from the couch.”

Alongside the launch of Roku Ultra, the company is rolling out its new Roku OS 11.5 update. The new software update adds some new features to the operating system. One of which is the ability to filter and show all content that is available to watch for free. Additionally, Roku is adding the ability to easily save movies and shows across the platform to a ‘Save List’. Roku OS 11.5 will be rolling out in the coming weeks.

Roku Ultra will be available in Canada in October for $129.99 CAD. It’ll arrive just before the November 4th release Weird: The Al Yankovic Story, starring Daniel Radcliffe on The Roku Channel.

Google's Android Security Team has discovered that several Android OEMs, most notably Samsung, LG, and MediaTek, have had their cryptographic app-signing keys leaked (via Ars Technica). Cryptographic signing keys are an integral pillar of Android security. When your phone updates an app, it checks to make sure that the signing key of the already installed app...
Nehal Malik
42 mins ago