Former VP of Retail Recalls His Time at Apple [VIDEO]

In a recent presentation at Stanford’s Graduate School of Business, Apple’s former Sr. VP of retail Ron Johnson spoke about his early years at the Cupertino company, explaining how Apple stores aren’t places to sell, but are actually places to be (via ifo Apple Store). Johnson said that Apple store’s high-speed Internet connections, nearly unheard of at the time, were intended to attract visitors, allowing them to check their email or surf the internet. 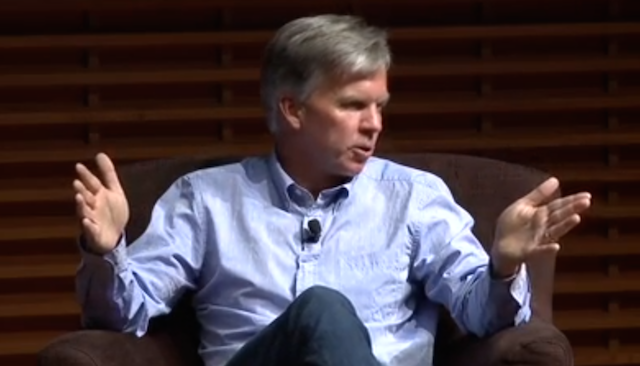 Recalling his close relationship with Apple co-founder and late CEO Steve Jobs, Johnson said that the main lesson he learned from him was, “You have to be willing to start again.” He also recounted how the original Apple store design was re-done at almost the last minute in 2001. He also offered one bracing statistic around half way through the interview, “Only 1 out of the 100 who visit the store every day buy anything.”

“There’s so many reasons to come… you can get help, you can bring the kids and play at the kid table, you can learn, you can surf the internet, check your mail…  when we launched the Apple Stores, guess what percent of people had broadband or high speed internet in the US? 3 percent… no one had ever seen a high-speed internet.. I said Steve this is going to make Apple computers seem really good because they are going to come try the internet and they’ll think they are fast. We created a place for communities to form where people could check their email and experience the Mac.”

Take a look at the following 50-minute video and tell us what you think of Johnson’s Standford talk: