According to a report by local station KTUL, two roommates who lived at the Evergreen Apartments in Tulsa, Oklahoma, were drinking and arguing over which smartphone was superior at 1 a.m. in the morning, till they eventually smashed their beer bottles and began stabbing one another with them (via BGR). 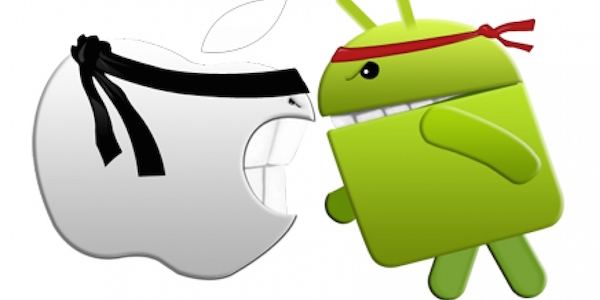 The police told the press that one roommate also smashed a beer bottle across the back of the other man’s head. The two were then brought to a hospital where they’re currently being treated for their wounds.

“Two men are hospitalized after an alcohol-fueled argument began over which phone is better: iPhone or Android. Tulsa police say a woman found a man covered in blood, stumbling around the parking lot of the Evergreen Apartments.

Police aren’t sure who they will charge or if charges will be filed at this time”.

Have you ever gotten into a verbal (or physical) fight about smartphone platforms with you friends?