Back in June 2011, Rovio Mobile hired Marvel Studios chairman David Maisel to help develop an Angry Birds feature film. While the company ruled out a movie until after 2014, a TV series of 52 short form animations was confirmed today by a Rovio official (via The Guardian), which is set to premiere by the end of 2012. Each episode will last between two-and-a-half and three minutes and will be rolled out on maximum number of platforms including mobile, PC and TV. 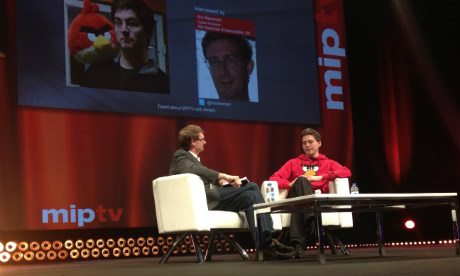 Rovio’s head of animation Nick Dorra announced the news at a media conference in Cannes, France:

“I am happy to say we are going to roll out a weekly animation series this year of short format content. It’s a great way for us to connect with our existing fans, to give them more and keep them engaged.

It will, in the future, be less and less about the slingshot and more about the characters and their adventures and all different kinds of games in different forms. But it’s also important for acquiring new fans because not everyone might want to play the game or is not able to play the game.

We want to offer people different points where they can interact and experience our characters.”