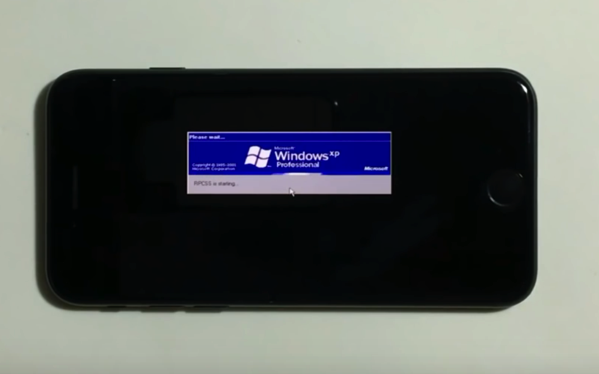 YouTube channel Hacking Jules has published a new video demonstrating an iPhone 7 seamlessly running Windows XP, thanks to Apple’s latest A10 Fusion chip and 2GB of RAM (via Cult of Mac). And with emulators like iBox, you don’t even need to jailbreak your iPhone, as you can install it through Xcode and emulate Windows XP inside a virtual machine.

You’ll notice that even with that A10 Fusion chip and 2GB of RAM, you get a less than smooth experience in Windows XP. That’s because it’s running inside an emulator, which impacts performance significantly.

You won’t be using this to do anything productive, or even to play Solitaire, then. But it’s certainly a neat trick.

The process of setting up iBox and Windows XP is however a little complicated, so you might need to Google a bit for a detailed how-to. But if you’re familiar with side-loading apps via Xcode and you want to give this a shot, head over to GitHub where you can find all the files needed to set this up.

In the meantime, check out the video embedded below:

Inspired by a true story, Will Smith’s new movie Emancipation is now available to watch on Apple TV+. The movie tells the story of a man who fights through unthinkable terrors in an attempt to reunite with his family. The movie debuted in theaters on December 2, but Apple TV+ subscribers can now stream it...
Usman Qureshi
30 mins ago

While speaking to The Verge, CEO of Epic Games Tim Sweeney has said that Apple’s ability to reject apps like Twitter is something “every politician should fear,” no matter what side of the aisle they’re on. “I think it’s incredibly dangerous to allow the world’s most powerful corporation to decide who is allowed to say...
Usman Qureshi
42 mins ago