It seems like Apple’s so-called ‘bendgate’ was ages ago, based on claims customers had their iPhone 6 Plus units bend or warp in their pockets. Apple said at the time “with normal use a bend in iPhone is extremely rare.” Nevertheless, people still bent their phones on YouTube (because video views). 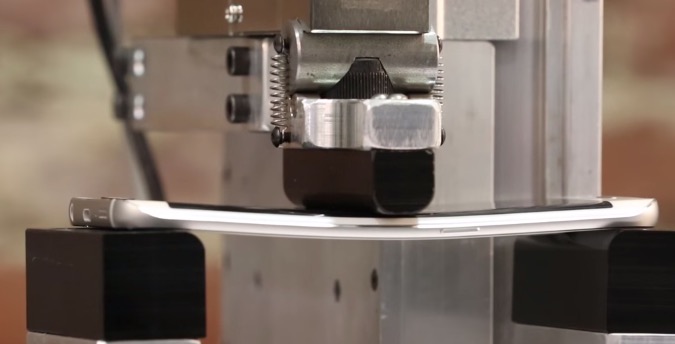 The video shows the iPhone 6 Plus bent at 110 pounds and reached its “catastrophic failure” at 179 pounds. While the Galaxy 6S Edge similarly bent at 110 pounds, its breaking point was at 149 pounds, which makes it easier to bend than the 6 Plus.

But unlike the iPhone 6 Plus, the Galaxy 6S Edge screen cracked under pressure at its initial bend point at 110 pounds. SquareTrade puts it, for Samsung fans, “they may have a pocket full of glass.”

Samsung is so good they even copied the ‘bending’ abilities of the iPhone 6 Plus but made it even better. (#BENDGATE)

Apple has just teased a handful of new titles which will be added to Apple Arcade’s ever-growing catalog of games during the month of December. In a tweet posted earlier today, Apple shared the following three new games are coming to its gaming subscription service this month: Dead Cells+ by MotionTwin JellyCar Worlds by Walaber...
Usman Qureshi
44 mins ago

Twitter has today highlighted its continued commitment to promote and protect the public conversation, noting that it is now better positioned to realize its ambitions than ever before. "As you’ve seen over the past several weeks, Twitter is embracing public testing,” the social networking company said in a blog post titled 'Twitter 2.0.’ “This open...
Usman Qureshi
60 mins ago