Samsung Expects 6G to Launch as Early as 2028

While we’re still waiting for the mainstream transition to 5G, Samsung is already beginning to discuss 6G, which the company expects to be commercialized as early as 2028.

In a white paper published today, Samsung has said it expects ITU-R, a sector of the International Telecommunication Union (ITU) to begin working on 6G in 2021.

“It’s never too early to start preparing for 6G,” Sunghyun Choi, Head of the Advanced Communications Research Center, said in the letter. “We’ve already launched the research and development of 6G technologies by building upon the experience and ability we have accumulated from working on multiple generations of communications technology, including 5G.”

The amount of time and work dedicated to developing each generation of networking has shortened as time passes. Samsung said in the white paper that the company expects the earliest commercialized date for 6G to be 2028. It also states it belief that mass commercialization could occur by 2030.

Samsung believes 6G will equally serve humans and machines as the main users. 6G will be reign in an era of advanced services for “truly immersive extended reality (XR), high-fidelity mobile hologram and digital replica.” 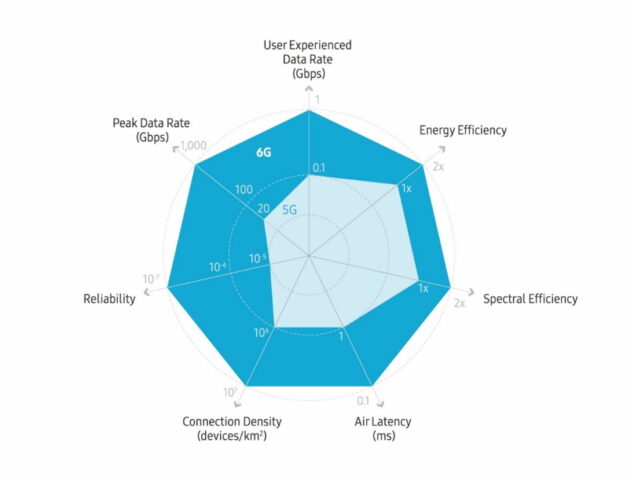 6G’s performance requirements must reach a peak data rate of 1,000 Gbps and air latency of fewer than 100 microseconds. For comparison’s sake, that’s 50 times the peak data rate of 5G and one-tenth the latency.

The company has identified the three major pillars and requirements that will make up 6G. In order to fully realize 6G, performance, architectural, and trustworthiness requirements must be met. This is will be a widely different venture as 5G was centre mainly around increased performance.

Samsung’s white page notes that the 6G architectural and performance requirements will overcome hurdles made by the limited computational capacities of mobile devices. Trustworthiness will address privacy and security concerns.

Netflix has announced today they are rolling out the ability to great game handles, which are public usernames that can be used across the company’s slate of mobile games on iOS and Android. Supported games will have leaderboards such as Rival Pirates, Dominoes Café and Lucky Luna. How to create your Netflix game handle? It’s […]
Gary Ng
8 mins ago

Apple today started rolling out iOS 16.1 beta 3 for developers, with a public release of the build expected soon. YouTuber zollotech rounded up all of beta 3's changes in a recent video. iOS 16.1 beta 3 comes with a modem update that could resolve connectivity issues for users that were facing any, and other notable...
Nehal Malik
12 mins ago