Samsung’s foldable smartphone — which is expected to be unveiled today — may have leaked just hours before the event. 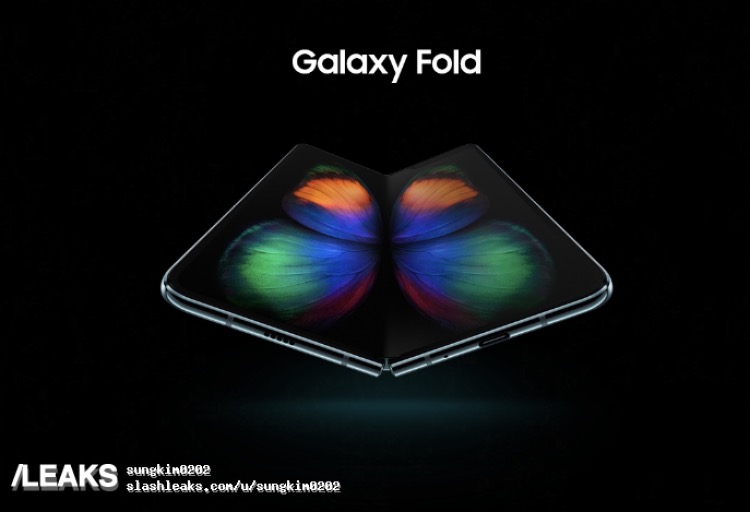 The Samsung Galaxy X — or Galaxy Fold as it looks increasingly likely to be called — has been rumoured for a long time, and we’re likely to get an official look at it in a matter of hours at the Galaxy S10 launch, but ahead of that two leaked pictures from  Slashleaks may have given us an early peek.

The device appears to be much thinner than expected, and without a pronounced hinge area, suggesting it would likely fold pretty flat, something which has been missing from other out-ward folding phones we have seen so far.

The device will feature an Infinity Flex Display, and the screen is expected to fold inwards, with another smaller screen on the front of the device. It’s expected to feature a 7.3-inch display that can be folded in half, collapsing from a tablet size down to a 4.6-inch smartphone size. One intriguing detail revealed by the latest image is the inclusion of an asymmetric notch on the main screen that holds a camera and other front-facing technologies. 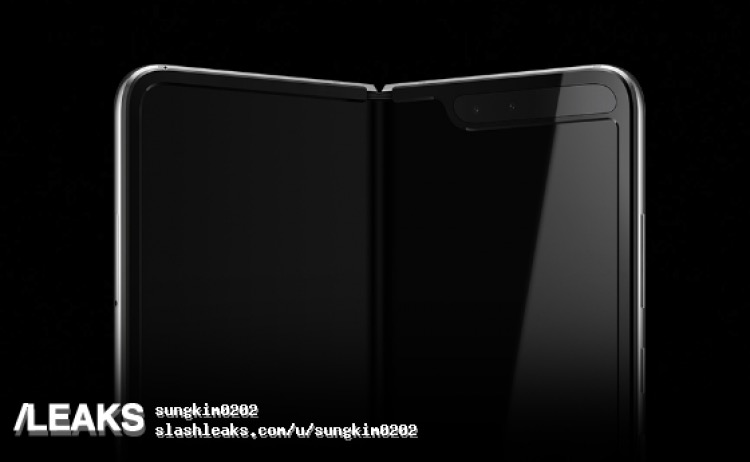 Even though the company is trying to set an appropriate price, the 7.3-inch Infinity Flex Display would most likely be pretty costly to produce. Add to the OLED screen at the front, the high-end 7nm chipset with a 5G modem, and multiple camera sensors, and the price would fly through the roof. If rumours are to go by, the phone will at least cost $1,500 USD and it wouldn’t be surprising to see it fetching $2,000.

This is nearly double the $1,149 USD price of the iPhone XS Max, which analysts had earlier panned because of its high price. It remains to be seen if smartphone enthusiasts would be willing to shell out such a huge amount for the foldable phone.

The new presentation is officially the launch of the Samsung Galaxy S10 and will take place at 11:00 a.m. Pacific Time, 2:00 p.m. Eastern Time on Wednesday. It will be streamed live on Samsung’s official site from the Bill Graham Civic Auditorium in San Francisco, California.

Apple CEO Tim Cook confirmed on Tuesday the company will purchase chips made in the U.S., built at Taiwan Semiconductor Manufacturing Company’s (TSMC) Arizona factory. Cook spoke at an event in Arizona today ahead of President Joe Biden. “And now, thanks to the hard work of so many people, these chips can be proudly stamped […]
Gary Ng
58 mins ago