The latest leaked photos of the Samsung Galaxy S10 and S10+ show off the devices’ unusual hole-punch display. 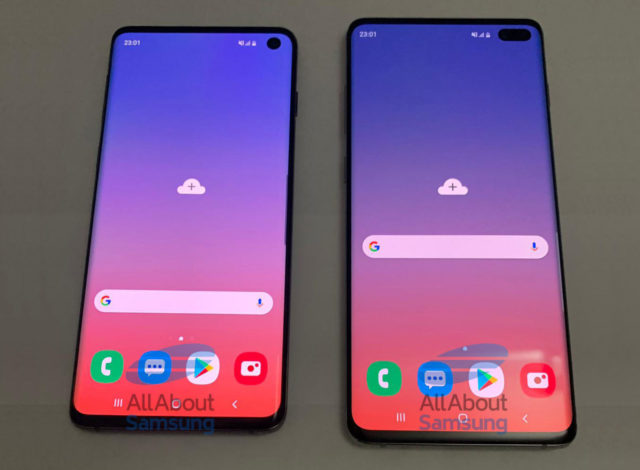 With less than a month to go before Samsung unveils its next flagship smartphones at its Samsung Unpacked event in San Francisco on February 20, the flagship devices have already been leaked across the web. The latest images come from German tech site AllAboutSamsung (via Engadget) and show what looks to be the Galaxy S10 and S10+ from the front, back, and sides.

The images clearly show Samsung’s punch-hole “Infinity-O” display tech, with next to no bezels anywhere on the phone other than a tiny chin, a USB-C port, and a headphone jack (gasp).

According to the phones’ various leaks, we’re expecting Samsung to unveil three different Galaxy S10 models, ranging in sizes from 5.8 to 6.4 inches. Only the S10+ model is expected to feature a dual front camera setup, however.

Expect Samsung to unveil the S10 lineup at its event on February 20, where the Korean company is also expected to debut its fully-functional folding smartphone/tablet concept.

In related news, Apple has hired an executive from Samsung SDI Co. to strengthen the battery life and performance of products.