The folks over at PhoneBuff are back with their latest drop test between Samsung’s Galaxy S10+ and Apple’s iPhone XS Max to see which smartphone is more durable. As always, they used a professional drop test machine to increase both the accuracy and consistency of their drop tests. 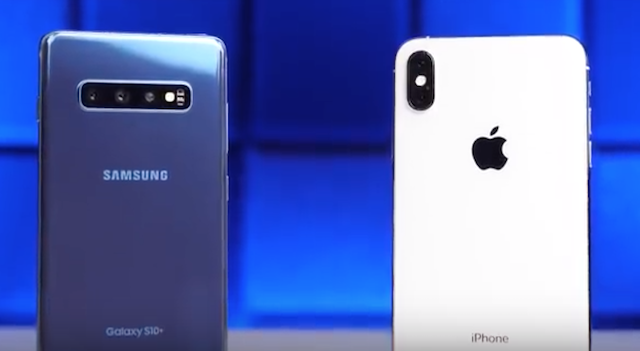 Apple claims that the iPhone XS and XS Max feature “the most durable smartphone glass in the world”, although it hasn’t confirmed if it is using Gorilla Glass 5 or not. On the other hand, Samsung’s Galaxy S10+ uses Gorilla Glass 6, which according to Corning, is “up to two times better than Gorilla Glass 5.”

In the end, however, PhoneBuff’s drop test saw the iPhone XS Max beat the Galaxy S10+ with a 36 to 34 final score (out of possible 40 points).