A publisher has recently leaked the photos and specs of what might be a budget version of the Galaxy S10, just weeks before Samsung is expected to announce the next generation of its Galaxy phones. Dubbed the ‘Galaxy S10E’, the alleged device is believed to be the South Korean company’s answer to the iPhone XR (via CNET). 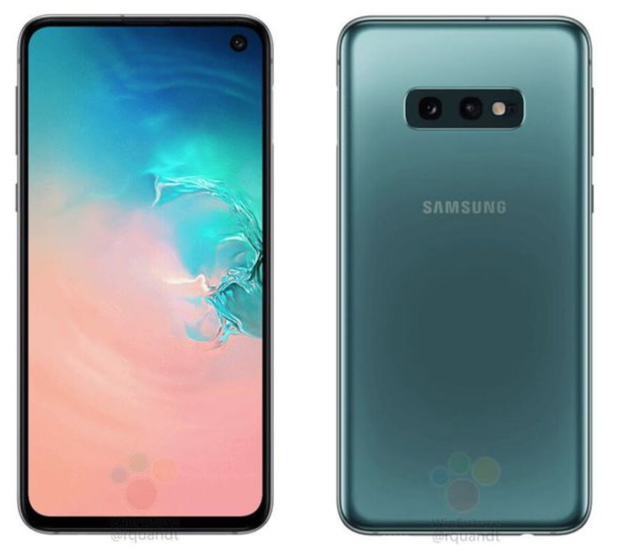 The alleged photos of the Galaxy S10E reveal a smartphone with a thin bezel around the display that looks quite similar to the iPhone XR albeit without a notch.

The front also sports a hole punch camera in the screen, apparently called the ‘Infinity-O’, whereas the back shows two cameras instead of the rumoured triple-lens camera system as found on the Galaxy S10 and S10 Plus. The device is reported to cost €749 which converts roughly to $860.

Accompanying the photos are alleged specs for the Galaxy S10E which indicate it has a 5.8-inch display (like the iPhone XS), a fingerprint reader located on the side sleep/wake button and a battery that is smaller than the one expected in the Galaxy S10 and S10 Plus.

While its price would be cheaper than the rumored $999 price of the Galaxy S10, it would still not be considered a budget phone by any means. It mirrors a similar approach Apple took with the iPhone XR offering a slightly less premium phone at a lower price point.

Samsung is expected to unveil the Galaxy S10 and S10 Plus at a special event on Feb. 20.