A new unboxing video shared by Unbox Therapy claims to show dummy units of Samsung’s upcoming Galaxy S22 series, potentially offering us our first look at the design of the three handsets, The Verge reports. 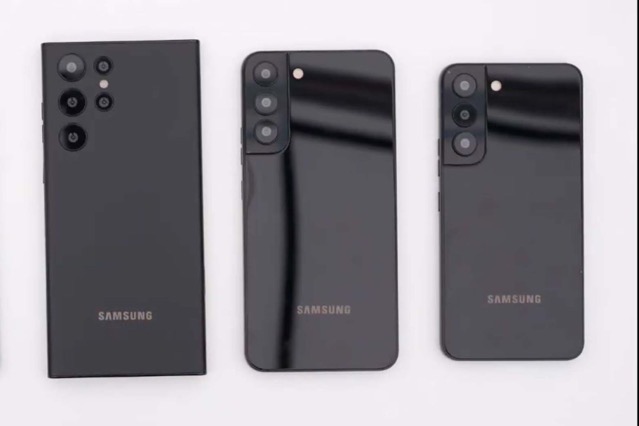 While the original video has now been removed from YouTube, it has been re-uploaded by other channels. The video also shares more details of the upcoming phones, including camera specs, and images of a new fast charger.

The three handsets shown in today’s video are believed to be the S22 Ultra, the S22 Plus, and the regular S22.  The S22 Ultra appears to have a very Galaxy Note-style design, with a squared-off top and bottom and a built-in holder for an S Pen stylus.

The S22 and S22 Plus appear to have similar designs to last year’s S21 devices, with camera bumps across the top left side of their backs. Both dummy units appear to have triple-camera setups.

A recently leaked spec sheet suggests the regular S22 will have a more compact 6.1-inch display (the S21, for reference, had a 6.2-inch display). This compares to a reported 6.55-inch display for the S22 Plus.

At this point, it remains unknown when these phones will be officially announced by Samsung.

It's confirmed that Rihanna will headline next year's Super Bowl LVLL Halftime show. 2023's mega-sporting event will be the first to see Apple Music take over as the official sponsor of the halftime show as Pepsi exits its deal. The news was confirmed via social media where Apple Music, Rihanna, and the NFL all confirmed...
Steve Vegvari
51 mins ago