With Apple set to hold a virtual special event tomorrow at 10 a.m. PDT live from Apple Park, Samsung has now also announced its “Galaxy Unpacked for Every Fan” virtual event on September 23. 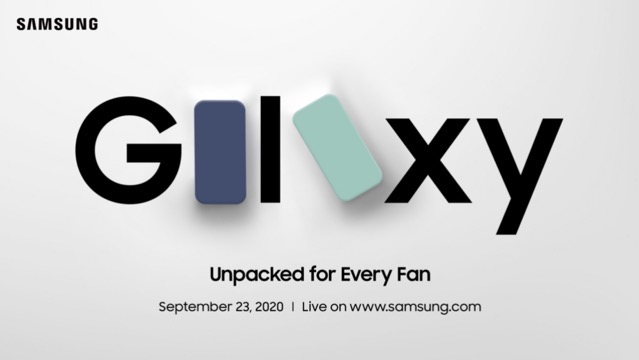 The company says it will be unveiling an ‘existing new device’ during its virtual live event, which will kick off at 10 a.m. ET on Samsung’s website.

“Over the years, Samsung has developed a special relationship with Galaxy fans around the world. Their valuable feedback has helped create exciting innovations and made mobile experiences better for everyone.

Join us on September 23 for a Galaxy Unpacked for Every Fan event.”

Samsung is widely expected to unveil the Galaxy S20 ‘FE’ Fan Edition at the upcoming event. The smartphone, which was initially rumoured as the Samsung Galaxy S20 Lite, is speculated to come as a cheaper version of the flagship Galaxy S20.

The Galaxy S20 Fan Edition is predicted to feature a 6.4-inch screen, a frosted or matte plastic back, lower-end cameras, and a 4,500mAh battery.