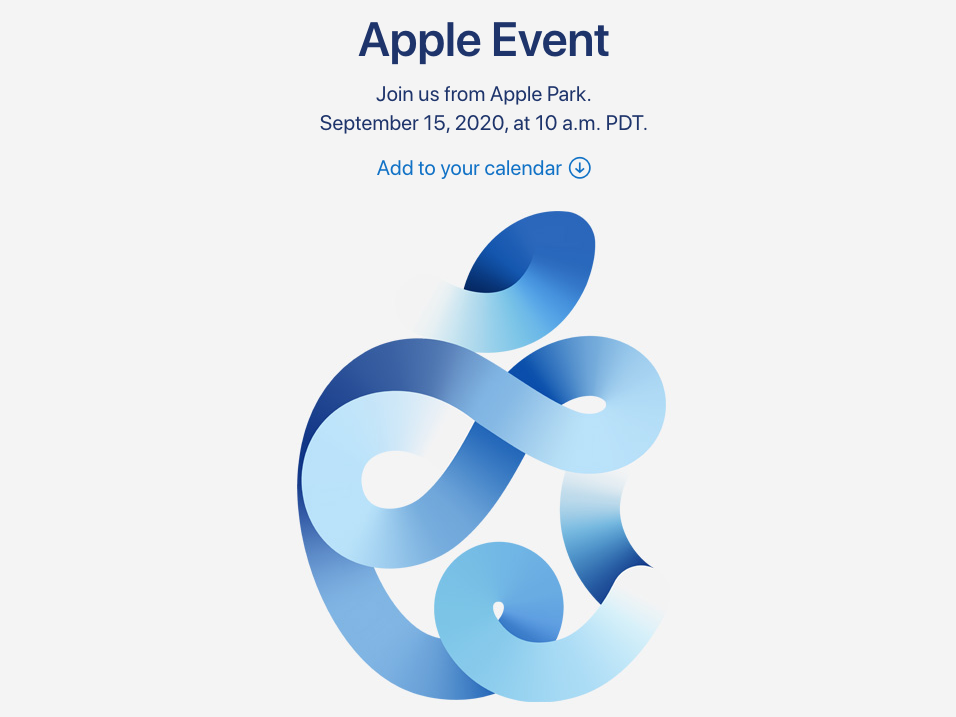 Apple has announced a virtual special event is coming on September 15, 2020. The company is expected to announce its new iPhone lineup and more, according to Venture Beat.

The live stream will start at 10 a.m. PT (1PM ET) on Apple’s website and will be available to view across all of Apple’s devices, likes events in the past.

Earlier today, the #AppleEvent hashtag went live on Twitter with a custom blue logo as well, hinting an event announcement was imminent.

Apparent Apple leaker Jon Prosser was incorrect in his prediction that the company would announce a new Apple Watch and iPad Air today via a press release. Instead, Bloomberg’s Mark Gurman was again correct in predicting Apple’s event announcement today.

Update: Gurman says Apple Watch will be unveiled at the event but not the iPhone.