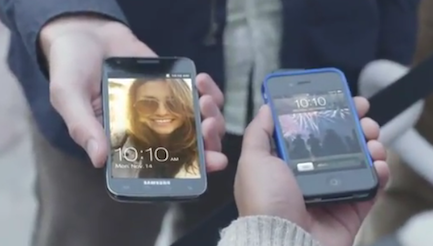 Apple and Samsung are currently embroiled in an endless array of lawsuits over patent disputes. Samsung has previously agreed to not block iPhone 4S sales in South Korea. The legal battle continues and no end is in sight.

In their latest marketing campaign, Samsung pokes fun at people who waited in line for the iPhone 4S. Forget the iPhone 4S, you need a Galaxy SII!

The best line from the ad?

“I could never get a Samsung, I’m creative.”

Did Samsung go too far? Or was this just a clever ad?

(You can’t see this, but a slow tear just streamed down my face. Damn you Samsung, damn you…)