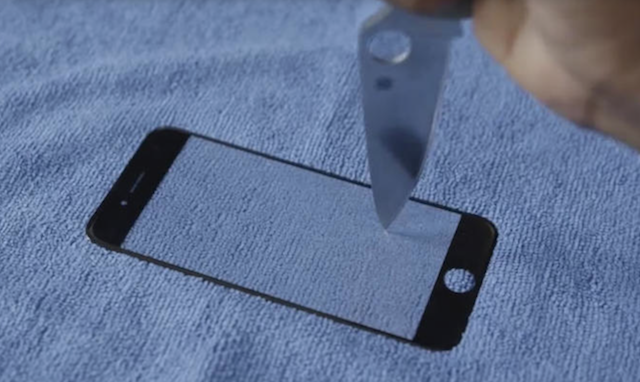 According to the latest speculation from Piper Jaffray analyst Gene Munster, a sapphire display may pop up on the iPhone 6 after all when it releases next month, though exclusively on the 64GB version (via CNET). Instead of upgrading all the new iPhones to sapphire, the analyst predicts that the Cupertino giant may limit its use initially.

“We believe that Apple may upgrade the screen of the 64GB versions of the iPhone 6 to sapphire as an early market test to see consumer feedback for sapphire screen phones with the eventual intention of moving the whole product line to sapphire within 2 years (i.e., iPhone 7),” the analyst said in an investors report released Tuesday. “We believe that the 64GB device could make up 30 percent of units if sapphire were an additional feature based on our prior survey work from the iPhone 5S launch, which suggests that 25 percent of buyers opt for the 64GB capacity.”

The analyst also claims that Apple will unveil both a 4.6-inch and a 5.5-inch iPhone at September 9 event. He further adds that Apple’s new lineup will include near-field communications (NFC). According to Munster, there’s a 70% chance that Apple will announce some type of mobile payments system as well.

While forecasting Apple to sell more than 6.5 million iPhone 6 units during the launch weekend, Munster gives the much rumoured ‘iWatch’ just a 50/50 chance of being announced next week.