Accessories maker Satechi has just announced the launch of its new WiFi-enabled Dual Smart Outlet that allows individual control of two connected appliances and is fully compatible with Apple’s HomeKit. The plug also has the ability to monitor each connected device’s power consumption in real time. 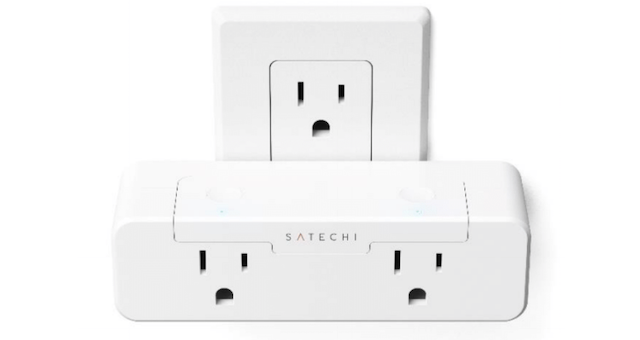 According to Satechi’s press release, the Dual Smart Outlet is compatible with any 2.4GHz wireless network and allows connected users to schedule appliances to fit their routine. The plug also allows Siri voice control and can be fully customized to activate a pre-set series of house lights and more.

The plug features an input voltage of 120V and an output voltage of 15A 1800W will real-time power monitoring. The smart outlet is compatible with most indoor appliances, such as coffee machines, AC units, lights, fans, TVs, and speakers.

Satechi has told iPhone in Canada that the Dual Smart Outlet will hit Amazon.ca in a couple of weeks for US $59.99. In the meantime, check out the following product demo video for a better idea.