Google recently launched a new promo in Canada offering $250 off on its flagship Pixel 3 and Pixel 3 XL smartphones through its official online store. The promo is subject to availability and will end on May 6, 2019 at 11:59pm PT. 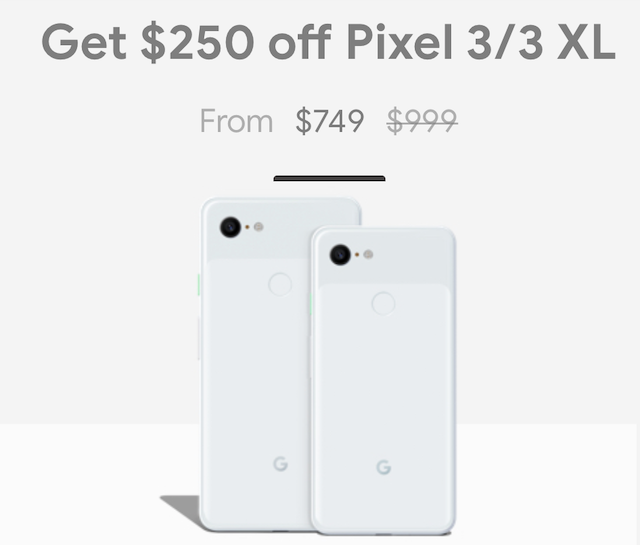 The promotion is available exclusively to Canadian residents aged 18 years or older with Canadian shipping addresses. Purchases must be made on Google Store Canada. The offer is non-transferable and not valid for cash or cash equivalent, according to the promo’s terms.

The 5.5” Google Pixel 3 with 64GB of storage, offered in Just Black, Clearly White, and Not Pink colour options, is now available to order for $749 from previous $999.

Similarly, the larger 6.3” Google Pixel 3 XL with 64GB of storage, offered in Just Black, Clearly White, and Not Pink colours, available to order for $879 from previous $1,129.

These discounts come ahead of rumours of Google launching new Pixel 3a and Pixel 3a XL smartphones at a May 7 event, which is also the same kick-off day of the Google I/O developer conference.